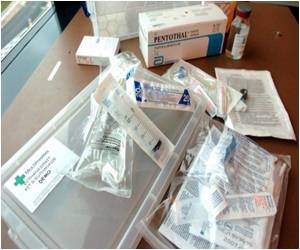 Canada's Quebec province passes law on Thursday, allowing terminally ill patients to kill themselves with a doctor's help, becoming the first jurisdiction in the country to effectively legalize assisted suicide.

The move sets the stage for a judicial row with Ottawa, as federal criminal law forbids euthanasia even with a person's consent.

Opponents have said it will undermine confidence in doctors' care, but there is growing demand for the suffering to have more control over their parting.


To get around Canada's criminal law against assisted suicide, Quebec is expected to argue that this is a health issue, which falls under its jurisdiction, and not a criminal matter.
Advertisement
Quebec Premier Philippe Couillard defended the bill, saying it dealt with end of life care, and "not euthanasia."

The French-speaking province's former health minister said when it was unveiled last year that the law would allow Quebecers to face "their final days in a more serene way, and in accordance with their wishes."

But critics, including some doctors, philosophers, ethicists, lawyers and clergymen, warned it could lead to abuses and unnecessary deaths.

The option is only available to adult Quebec residents who are suffering from a terminal illness, and an independent doctor must concur with the prognosis.

Four US states -- Montana, Oregon, Vermont and Washington -- have similar statutes on the books.

Source: AFP
Advertisement
<< D-Day Heads to Dine in at Landmark of French Resistance
Apparently Invincible Cancer Stem Cells is Actually Not So >>

Euthanasia : Merciful Termination
Euthanasia is defined as 'the intentional killing by act or omission of a dependant human being for ...

Patrick Stewart Offers His Support for Assisted Suicide
The 'Dignity in Dying Group' has a well-known patron in Patrick Stewart, who is campaigning for a .....