A recent survey has revealed that smartphone usage in Japan has nearly doubled over the past year to one in every three people.

The findings, compiled by Central Research Services Inc., showed that the proportion of respondents using smartphones came to 35.4 percent in the February poll, compared with 19.5 percent the year before, reports the Japan Times.


Of those in their 50s, 16.0 percent, the highest percentage in any age group, said they would like to start using the gadgets.

The survey also found that 9.2 percent of respondents use tablet computers, while 9.6 percent said they would like to use one in the future. The poll, conducted from Feb. 8 to Feb. 17, covered 4,000 men and women aged 20 or older and drew valid answers from 29.8 percent. 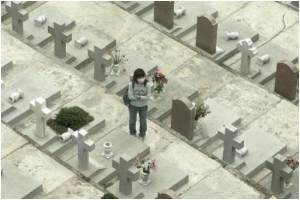 Now You Can Access Virtual Obituary Of Dead Through Smartphones
In China, tech-savvy youngsters have brought a new digital perspective to a tradition of worshipping ancestors.
READ MORE

Study: Smartphones are Americans' New Best Friend
A Facebook-sponsored study showed that US smartphone owners tend to be connected from the instant they rise until they fall sleep and revel in every minute of it.
READ MORE

Leading Users of Smartphones in US Are Asian-Americans
According to new findings, more than half of the American mobile subscribers, around 55.5 percent own smartphones of all types.
READ MORE

Shoppers can Negotiate a Better Deal Thanks to Smartphones
It has emerged that smartphones have become the latest weapon for shoppers to carry out price checks in store to help them negotiate a better deal.
READ MORE