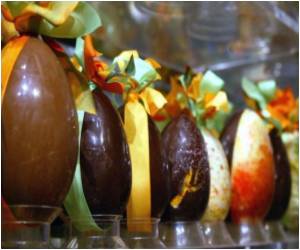 Christians in Sudan celebrated the last Easter in United Sudan. Dominick, 45, who came to Khartoum from Malakal in Upper Nile 22 years ago, at the height of the civil war, said he regretted that the south chose to split with the north.

"Our church here, it is a church of struggle. That is why in our songs, the congregation sings loudly and with the drums, just to emphasise their presence," said Father John Dingi, 66, a priest at the Catholic Cathedral in Khartoum.

This is quite the holiday season with the Easter weekend and bank holidays round the corner.
Advertisement

His congregation of mostly southern Sudanese has dwindled since the mass exodus of southerners from the mainly Arab Muslim north, leaving a vacuum in once-thriving church parishes.


Almost 300,000 people have returned to south Sudan since October, according to UN estimates.

But a wave of violence has erupted there in recent months between rebel militia groups and the southern army that has left hundreds dead, including women and children, and soured the mood ahead of independence in July.

A new film about a panic-prone pope who needs a psychoanalyst has divided Italy's Catholics, with a call for its boycott coming from the pages of an influential bishops' newspaper.
Advertisement
The Archbishop of Sudan's Episcopal Church, in his Easter message earlier this week, spoke pointed words about the need for courage in the face of "betrayal" by the north.

Khartoum strongly rejects southern allegations that it is arming the rebels, saying the Juba government is simply struggling to control its own people.

Cannon Sylvester Thomas, Dean of the Episcopalian All Saints' Cathedral in Khartoum, attributes the departure of so many of his congregation partly to the fear of what awaited them if they had stayed in the north.

Some of the community chose to go "in haste" because of threats by officials in Khartoum that, if the south voted to split, those remaining in the north "will not be given even a tablet of medicine, or a syringe," Thomas told AFP.

"This caused a lot of fear, that they will not be protected or cared for," he said, adding that for big religious occasions, the church used to draw crowds of more than 2,000 people, whereas now just a fraction of that might come.

President Omar al-Bashir has fuelled concerns among southerners remaining in north Sudan about their personal and religious freedoms, by repeatedly stating his intention to reinforce sharia, or Islamic law, when the south secedes in July.

Although it is unclear exactly how things may change, north Sudan's Christian community already faces different forms of discrimination, with sharia law having been in force since 1983.

The law favours Muslims in inheritance, makes it illegal for them to convert to Christianity, but not the other way round, and prohibits alcohol.

In addition, priests complain of unequal property and building rights for the church, while the activities of Christian humanitarian agencies are restricted.

"They want to Islamise the country," said Kamal Tadros, the director of the Society of Saint Vincent de Paul, an aid agency that helps street children.

"We are aware of the difficulties, and that's why we are very careful in our work. It is enough to make one serious mistake, and you can have the 'mercy shot,'" he told AFP.

A Catholic NGO operating in Sudan's war-torn Darfur region was nearly forced to shut down its emergency aid programme there last month after government claims that it had distributed bibles in the area, which it strongly denied.

Worryingly for some priests in the north, a state-funded commission, established three years ago in Khartoum to protect the rights of the non-Muslim communities in Sudan, was told earlier this month that its budget had been slashed.

"If the commission for non-Muslims is dissolved, then we are left in a helpless situation and our voices will not be heard," Thomas said.

"Our concern is that, when the south goes, our activities here are going to be very restricted, and those Muslims who become Christians will be persecuted."

For now, and especially when compared with other parts of the Muslim world, including Iraq and neighbouring Egypt, which witnessed deadly sectarian violence in March, Christians in north Sudan do not fare so badly.

Khartoum itself is dotted with churches for the Coptic, Catholic, Anglican, and Ethiopian communities here.

On Good Friday, in the courtyard of the Catholic Cathedral in the city centre, a small group of southerners sat in the shade of a tree, to which a cow was tethered, an Easter gift from the Copts.

"The bible teaches us togetherness and love. Life is already difficult for southerners here in the north. After separation, we don't know what will happen," he said.

Green iguana, slider turtles and the world's largest rodent, capybara: it's not a trip to the zoo. It's what's for traditional Easter dinner in Colombia. This is the season we have
Advertisement
<< Your IPhone May Inadvertently Reveal Your Secret Flings to ...
Royal Wedding Reception: Ban on Beer >>

How to Save South Sudan's 'Lost Mothers'

Noscaphene (Noscapine) Nutam (400mg) (Piracetam) Find a Doctor Sanatogen How to Reduce School Bag Weight - Simple Tips Find a Hospital Turmeric Powder - Health Benefits, Uses & Side Effects Blood - Sugar Chart Blood Pressure Calculator Accident and Trauma Care
This site uses cookies to deliver our services. By using our site, you acknowledge that you have read and understand our Cookie Policy, Privacy Policy, and our Terms of Use