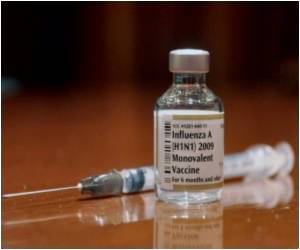 Lasers deliver vaccines and drugs into a cell by blasting a hole, placing a molecule inside and sealing it - all in a split second - in a new study done by scientists at Georgia Tech.

The new method could deliver drugs, vaccines and other molecules that otherwise wouldn't be able to get past a cell's defenses.

"Cells are surrounded by membranes, which keep what's inside, inside, and what's outside, outside," Discovery News quoted Mark Prausnitz, a scientist at Georgia Tech, as saying.


"There is very little that can pass through the membrane, but our goal is to put molecules into cells that have a hard time getting (there)," he added.

A new study has revealed that laser pulses turned to a particular frequency can kill certain viruses.
Advertisement
Laser beams are only the latest way to deliver an outlying molecule inside a cell.

Viruses use a special needle-like appendage to inject their genetic material into a cell. Certain chemicals and electrical charges can also temporarily puncture cell membranes.

The researchers used a laser beam pumping pulses of infrared light and blackened nanoparticles of carbon-"otherwise called soot," said Prausnitz-which are placed next to the cells.

The laser pulse heats the soot particle, creating a tiny bubble around it. When the pulse ends, the bubble violently collapses, creating a shockwave that blows a hole in the cell membrane. The effect is similar to the ultrasonic waves used to clean jewelry, said Prausnitz.

A fraction of a second later, the cell membrane heals itself-or at least that's the case with most cells. Ten percent of the cells used in the experiment died because the shockwave was too powerful.

"It's a tightrope we have to walk. We have to make a hole that is big enough for molecules to go in, but not big enough that the cell is damaged and dies," said Prausnitz.

The hole is only open for a split second. In that time, however, molecules that otherwise couldn't enter the cell can now have an opportunity.

That short window of time could be exploited by drugs for chemotherapy, DNA for a vaccine or genetic engineering, and more, said Prausnitz.

The study appears in Nature Nanotechnology.