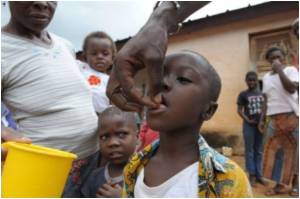 A large scale study to find some of the most common ailments affecting people in India will be conducted on Tuesday with more than 12,000 doctors taking part in the study.

Known as the Poseidon study, the initiative attempts to find the most common illnesses for which people visit their doctors. The study has been initiated by Pune's Chest Research Foundation (CRF) and will be based on internationally validated methodology.

CRF director, Dr Sundeep Salvi revealed that over 5 lakh patients across 22 states in the country are expected to participate in the study which will be conducted for the first time in India.


Dr Salvi went on to claim that he hoped that study will provide a solid base for health specialists in the country to identify disease hotspots in various states and cities.

Many of the drugs that are used today have been discovered by chance or often by mere serendipity
Advertisement
<< Commentary Navigates the Spheres of Assisted Death
Benefits of Supplements Plus Hormones in Elderly to be Prob... >>