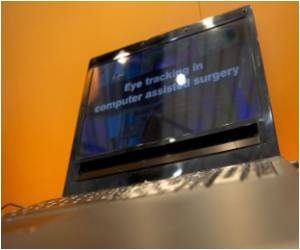 A couple from Portsmouth went in for fertility testing after many unsuccessful attempts at having a baby.

Scott Reed and Laura were perplexed with their problems and initially thought that Reed's fertility took a beating after an attack of mumps he suffered in his early twenties.

Bill Moggridge, creator of the first laptop computer has died aged 69 after losing a battle with cancer.
Advertisement

Checks revealed that his sperm count was normal and healthy; however there were signs of heat damage in his sperms. Constant exposure to heat, can affect fertility, and impair the ability of the sperm to swim quickly towards the egg.


Doctors found that constant use of the laptop by keeping it on his lap had damaged his sperms which began to affect his fertility.

Mr Reed said: "I never thought using a laptop would affect the quality of my sperm. I was using it daily and hadn't given it a second thought. It was quite shocking really."

This was truly an eye-opener for the couple. Laura and Reed are now proud parents to a ten month old baby girl.

Aesthetic experts have warned that the addiction to modern technologies, such as mobile phones and laptops, may lead to more people developing sagging jowls.
Advertisement
<< Recession Caused a Surge in Suicide Rates in America
Black Tea may Lower Diabetes Risk >>

Color Blindness Calculator Drug Side Effects Calculator Turmeric Powder - Health Benefits, Uses & Side Effects Sanatogen Drug Interaction Checker Find a Doctor Drug - Food Interactions Vent Forte (Theophylline) Find a Hospital Post-Nasal Drip
This site uses cookies to deliver our services. By using our site, you acknowledge that you have read and understand our Cookie Policy, Privacy Policy, and our Terms of Use