Linguistic change does not follow a straightforward path, a recent analysis of an ancient language shows. Rather, it takes a rather "bumpy ride" to its destination.

The study entitled "Dvandvas, Blocking, and the Associative: The Bumpy Ride from Phrase to Word," has been authored by Paul Kiparsky of Stanford University. It will appear in the journal Language.


Dr. Kiparsky's research focuses on the reasons why languages change over time, and the mechanisms by which this change occurs.


Linguistic change differs from biological evolution and socio-cultural change because of the way language is organized and learned.

Languages are passed on by example, but each is governed by a coherent set of rules that conform to a common set of organizing principles.

Linguistic change is typically initiated by children as they make "intelligent" errors in seeking the simplest way of navigating the languages they are learning.

By studying linguistic change, we gain new insights into how language is organized and how children learn language.

A language is like an enormous house that has to be reconstructed by each new occupant, who has to discover its design as the work is in progress, and while the previous occupants are still living in it.

Construction is always going on, now and then a room is finished, but only after centuries can an outside observer see that a fundamental renovation has taken place.

Dr. Kiparsky's new study shows how the stepwise progress of innovations through a language follows an orderly course predicted by principles that appear to be shared by all languages.

This new insight into the nature of how language change occurs will help linguists and those who rely on their research to gain a greater understanding of language and the mind. 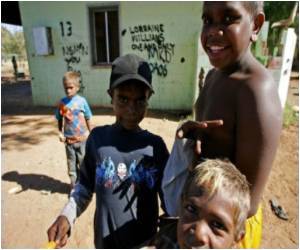 New Method Highlights Brain's Language Areas: Neuroscientists
MIT neuroscientists have reported on a new method to analyze brain imaging data - one that may paint a clearer picture of how our brain produces and understands language.
READ MORE

Language Skills Deficient in Kids With Hearing Loss in 1 Ear
Loss of hearing in one ear hurts children's ability to comprehend and use language, according to a new study.
READ MORE