Lakes Around the World Struck by Global Warming 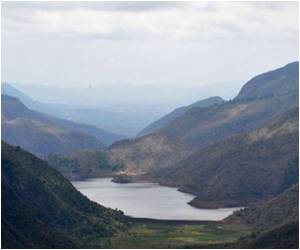 Global warming, is causing grave distress for the various water resources of the world, which is also harming the globe's freshwater lakes, warns a new study.

Researchers from the University of Zurich say that their study on Lake Zurich has revealed that there is insufficient water turnover in the lake during the winter and harmful Burgundy blood algae are increasingly thriving.

Many large lakes in Central Europe became heavily overfertilised in the twentieth century through sewage. As a result, algal blooms developed and cyanobacteria especially began to appear en masse. Some of these organisms form toxins that can compromise the use of the lake water, and reduce the oxygen content in the lake affecting the fishes.


"The problem today is that mankind is changing two sensitive lake properties at the same time, namely the nutrient ratios and, with global warming, water temperature," said Thomas Posch, a limnologist from the University of Zurich.

Top Scientific Splendors and Debacles of the Decade

Critical look at all the top scientific and medical advancements of last decade and their potential impact on the survival of mankind and the future healthcare of the world.
Advertisement
The evaluation of this historical data on Lake Zurich has revealed that Burgundy blood algae have developed increasingly denser blooms in the last 40 years. Like many other cyanobacteria, Planktothrix contains toxins to protect itself from being eaten by small crabs.

The most important natural control of the cyanobacteria blooms occurs in the spring, once the entire lake has cooled down vastly during the winter. Intensive winds trigger the turnover of the surface and deep water.

But with global warming the winters are increasingly too warm and the lake water is not able to turn over fully as the temperature difference between the surface and depths poses a physical barrier, the researchers stated.

"Unfortunately, we are currently experiencing a paradox. Even though we thought we had partly solved the nutrient problem, in some lakes global warming works against the clean-up measures. Therefore, we primarily need cold winters with strong winds again," Posch said.