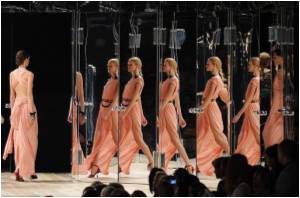 A lawsuit against New York nightclubs which sought to brand their "Ladies Night" promotions as unconstitutional has been thrown out by the US appeals Court.

The Second Circuit Court of Appeals in Manhattan rejected lawyer Roy Den Hollander's bid to outlaw the specials -- in which women are let into bars and discos for free or half-price -- on the grounds they violate gender equality laws, according to a Wednesday ruling.

New York state has no control over the matter because "liquor licenses are not directly related to the pricing scheme," at an establishment's door, the court said in its ruling on Den Hollander v. Copacabana Nightclub.


The ruling did not sit well with Den Hollander, who had sued the Copacabana, China Club, Lotus and other nightclubs for their use of the practice that he said violates the 14th amendment to the US Constitution.

Hair loss or Alopecia can be emotionally devastating to women but understanding reasons behind hair loss can help in prevention and treatment of hair loss.
Advertisement
Under the amendment's equal protection clause, the government has a duty to protect its citizens from discrimination.

Den Hollander, a self-proclaimed anti-feminist, has argued before judges that the state of New York, which issues liquor licenses to nightclubs, is complicit in promotional practices that "invidiously discriminate against men."

"The guys are paying for girls to party. I don't think that's fair," Den Hollander told the New York Daily News after the rejection by the court of appeals.

"It's a transfer of money from the wallets of guys to the pocketbooks of girls," said the Manhattanite, who reportedly blamed militant feminists for the Ladies Night policies, and not the promoters bent on luring women to the clubs.

In a unanimous ruling, the court's three judges noted, apparently with tongue in cheek, that "Den Hollander paints a picture of a bleak future, where 'none other than what's left of the Wall Street moguls' will be able to afford to attend nightclubs."

Den Hollander -- who was profiled, along with his case, in a 2007 New Yorker article -- said he vowed to appeal to the Supreme Court.

When asked how likely it was for the highest court in the land to take up his crusade to bring men's and ladies' cover charges into parity, he told the Daily News: "about the same as some pretty young lady paying my way on a date."

The frequency of the hot flash can be from 1 to 2 two hot flashes a week to 10 or greater in a day. The silver lining is that it usually decreases over time.
Advertisement
News A-Z
A B C D E F G H I J K L M N O P Q R S T U V W X Y Z
What's New on Medindia