Lack Of Gene Copy Can Trigger Drop In IQ

A missing copy of a region in Chromosome 16 in the human body can result in a 25-point intelligence quotient (IQ)-drop in the carrier, claim researchers.

"We now understand that each gene mutation has a specific effect, which adds to other effects to draw a unique picture of the disease in each patient," said Dr. Sébastien Jacquemont, a geneticist who sees on a daily basis children who are referred to him for a potential genetic diagnosis of mental disorder such as autism. To understand this additive effect, a precise quantification of the effect each identified mutation has in these patients is necessary.


"We have just discovered, for example, that a missing copy of a region in chromosome 16 results in a 25-point intelligence quotient (IQ) drop in carriers. Addition of a copy in the same genomic region results in an approximate 16-point drop. Strangely enough, even if carriers show much differentiated sets of symptoms - and sometimes no symptoms at all - the specific effect of these two mutations seems to remain the same," said Jacquemont, who is a clinical researcher at CHU Sainte-Justine, the mother-child hospital affiliated to University of Montreal, where he is also professor.


‘Lack of gene can cause 25 points IQ drop even for people whose IQ is considered to be normal. ’


To reach these conclusions, the researchers measured the intelligence of 700 family members who had at least one relative carrying the same genetic mutation on chromosome 16, which is known to predispose to autistic spectrum disorders.

Even in study participants whose IQ was considered to be normal, the researchers found a substantial 25 points IQ drop induced by 16p11.2 gene deletions.Indeed, it is quite common for mutation carriers to show no mental health problems.

"Intellectual faculties are the sum of many factors, the majority of which are genetic and inherited from parents. Each first-degree relative - parents and offspring, siblings - has 50% of their genetic code in common and therefore 50% of the genetic factors that partially determine cognition," said Dr. Jacquemont.

Studying families thus enabled the researchers to measure the factors that combine with the mutations which effects they wanted to quantify.

"For example, depending on the additional factors involved, a 25-point IQ drop can determine whether or not a person has crossed the threshold of 'intellectual disability."

Further studies are needed to quantify the effect of all mutations associated with autism and characterize the additive effects that lead to this psychiatric disorder. "No single mutation can cause the whole set of clinical signs shown by these patients," concludes the scientist. 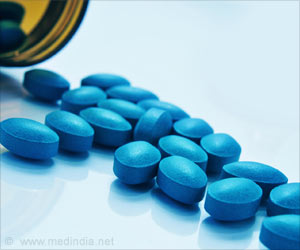 Personalized Therapy With Dalcetrapib Improves Outcomes for Cardiovascular Disease
A new personalized therapy with dalcetrapib for cardiovascular disease has been demonstrated by researchers at the Montreal Heart Institute.
READ MORE 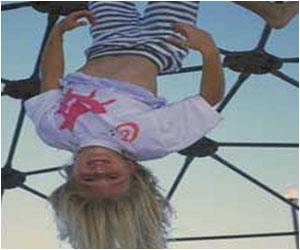 Gene Copy Numbers Implicated in Complex Diseases
By duplicating them in zebrafish, very rare and precise duplications and deletions in the human genome have been connected by Duke researchers to their complex disease consequences.
READ MORE

When It's About Genes, Copying Strategies Work Best
A new study has suggested that blindly copying what your parents did - no matter how stupid it may seem - could be the best strategy for the long-term success of your genes.
READ MORE

DNA Finger PrintingWeaver SyndromeMultitasking: Good or Bad for Your Brain?
Sign up for Wellness Consult a Doctor Sign up for Selfcare