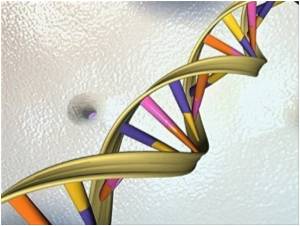 According to a team of researchers, a technique that uses acoustic waves to sort cells on a chip may help create miniature medical analytic devices and lead to cell phone-sized medical labs.

Transformation Of Earthquake Aftershocks Into Music

Transformation of earthquake recordings into music was done by a sound artist. The music will be showcased at the International Computer Music symposium in Slovenia in September.
Advertisement

By changing the frequency of the acoustic waves, researchers can easily alter the paths of the cells.


Huang said that since the device can sort cells into five or more channels, it will allow more cell types to be analyzed simultaneously, which paves the way for smaller, more efficient and less expensive analytic devices.

Levitation is being used by scientists to improve the drug development process.
Advertisement
"Eventually, you could do analysis on a device about the size of a cell phone. It's very doable and we're making in-roads to that right now," said Huang.

Biological, genetic and medical labs could use the device for various types of analysis, including blood and genetic testing, Huang said.

"Today, cell sorting is done on bulky and very expensive devices. We want to minimize them so they are portable, inexpensive and can be powered by batteries," said Huang.

In addition to the inefficiency and the lack of controllability, current methods produce aerosols, gases that require extra safety precautions to handle.

The transducers are tunable, which allows researchers to adjust the frequencies and create pressure nodes on the chip.

Following this experiment, the researchers sorted human white blood cells that were affected by leukemia. The leukemia cells were first focused into the main channel and then separated into five channels.

The device is not limited to five channels, according to Huang.

"We can do more. We could do 10 channels if we want, we just used five because we thought it was impressive enough to show that the concept worked," Huang said.

The researchers released their findings in the current edition of Lab on a Chip.

Sound Waves for the Treatment of Early Stage Prostate Cancer