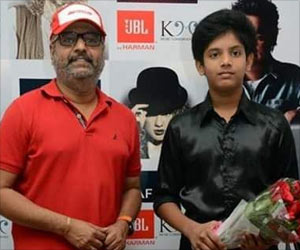 Kollywood actor Vivek's only son Prasanna Kumar Vivek, 13, passed away at SRM Hospital in Chennai on October 29, 2015 at around 4.25pm after losing his battle to brain fever.

Prasanna Kumar was admitted to the hospital few days ago. He was on and off the ventilators during his hospitalization. At one point of time, he was responding well to the treatment, but later suffered a relapse and his condition worsened.


Vivek requested the media to give them some space during this time of grief.


‘Actor Vivek's son, Prasanna Kumar was admitted to the hospital few days ago. He was on and off the ventilators during his hospitalization. At one point of time, he was responding well to the treatment, but later suffered a relapse and his condition worsened. ’


"Due to unexpected demise of my son Prasanna Kumar, am physically and mentally upset. I request you to not cover the news by visual and take bytes from the people who pay homage to my son. Hope you will understand my emotion. Thank you."

Prasanna Kumar is survived by his father Vivek, mother Arulselvi and sisters Amritha Nandini and Tejaswini.

The funeral will be performed at Tirunelveli on Friday, 30 October, at 3.30 pm.

Meanwhile, actors from the Kollywood industry took to Twitter to express their shock and grief after they heard the news of Prasanna Kumar's demise.

Very sad to know @Actor_Vivek sir's son passed away. My deepest condolences to the family and prayers to the poor little soul.

Prasanna, 15 yrs,son of @Actor_Vivek had been hospitalised for several days. Heartfelt condolences to his family fr the irreparable loss. Actor #vivek son Prasanna was reportedly in hospital for forty days with brain fever. He underwent surgery but succumbed today. Sad loss.

@Actor_Vivek sir.don't know what to say. no words can console your loss today.may sairam give you strength to pull through this.#RIPPrasanna

#Vivek sir so sorry to hear about your son , hope you and your family have courage and strength #goneTosoon #rip @Actor_Vivek

Shattered to see @Actor_Vivek sir & his family endure this tragedy. Praying for strength for them to overcome their loss. RIP Prasanna

Actor-Celebrity Manisha Koirala Helps Victims of Quake-Hit Nepal Through UNFPA
As the goodwill ambassador for UN Populations Fund, the Bollywood actor has promised to provide assistance in any way necessary.
READ MORE

Media Coverage of a Celebrity Suicide Could Bring a Large-Scale Copycat Effect
Media coverage of the suicide of a national actress in South Korea and its impact on subsequent suicides was analysed by researchers.
READ MORE 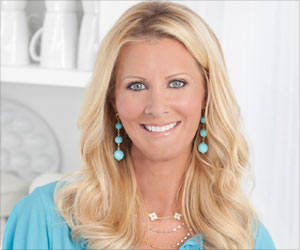 Celebrity Chef Sandra Lee Opens Up About Her Battle With Breast Cancer
Sandra Lee was recently re-admitted to the hospital for another surgery due to complications from her double mastectomy in May.
READ MORE