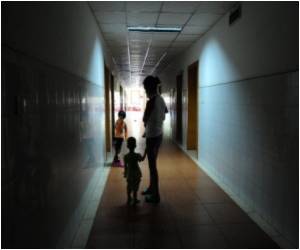 A major fire which engulfed a multi-speciality centrally- airconditioned seven-storey 190-bed AMRI private hospital in Kolkata has killed 84 people mostly patients. Most of the deaths are due to suffocation.

Union Health and Family Welfare Minister Ghulam Nabi Azad on Friday expressed his heartfelt condolences over the deaths of victims in the tragic fire at Kolkata's Amri Hospital.

Burn injuries have reached epidemic proportions in recent years. Burn accident statistics show that at least 50% of all burn accidents can be prevented.
Advertisement

Azad has offered the Central Government's help and assistance in a letter sent to West Bengal Chief Minister Mamata Banerjee.


At least seventy-three people have reportedly died from suffocation from a massive fire that engulfed the centrally air-conditioned private hospital located in Dhakuria.

Accident and trauma care is an important public health challenge that requires immediate attention. Injury (trauma) is the leading cause of death for all age groups under the age of 44.
Advertisement
West Bengal Chief Minister Mamata Banerjee, who arrived here to take stock of the situation, described the negligence as 'an unforgivable crime' and vowed 'the harshest punishment possible' for those found responsible.

Banerjee also ordered the cancellation of the hospital's licence and urged angry relatives of the victims to go to the state-run SSKM Hospital to identify the bodies.

The devastating fire broke out in the basement of the AMRI hospital in Kolkata's Dhakuria area at 3: 30 a.m., where the hospitals chemicals and medical waste are stocked.

A National Disaster Management team is at the site trying to save the lives of patients, doctors and nurses.

The firemen were also trying to locate the oxygen cylinders stocked on the floors, as the fire could make them explode. Senior city police and civil officials are also at the spot to assess the latest developments.

A quick and simple first Aid guide on how to administer treatment for Choking.
Advertisement