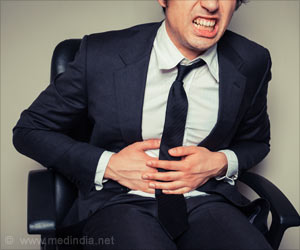 In Kolkata, as many as 650 people in six municipal wards are suffering from diarrhea caused by alleged contamination of drinking water and 28 of them are admitted in a city hospital, revealed officials.

Kolkata Municipal Corporation collected samples from different places to detect the cause of the outbreak.

"Overall about 650 people reported suffering from symptoms of diarrhea and affected were from wards 101, 102, 107, 108, 109 and 110. Our Water Supply Department personnel collected samples from water treatment plants from where water is supplied to these areas for testing," a KMC official said.


Mayor Sovan Chatterjee said about 28 people suffering from diarrhea were admitted to Baghajatin State General Hospital since last night and number of admission has not been increased.
Advertisement
The Mayor, who visited the affected wards on Sunday morning, said that around 260-270 people were brought to the Baghajatin hospital.

Dismissing complaints that contamination of drinking water led to the outbreak of the disease in the areas, Chatterjee said: "We have collected samples from 82 places so far to understand the cause of outbreak. It is also found that all in a family drinking the same water were not ill. The problem has been arrested in a greater extent."

"We are, however, conducting a complete check of the distribution system," he added.

BRAT Diet (Bland Diet)
A BRAT diet is usually recommended for a person to recover from nausea, vomiting and an upset ......

Diarrhea Symptom Evaluation
Diarrhea is one of the most common causes of dehydration and death in children. Diarrhea may be ......

Traveler´s Diarrhea
Traveler's diarrhea is a digestive disorder transmitted through contaminated food and water which .....

Quiz on Diarrhea
Diarrhea is the second leading cause of death among children below 5 years of age.Test your ......

Cholera
Cholera is an infection of the small intestine and is caused by the bacterium Vibrio ......