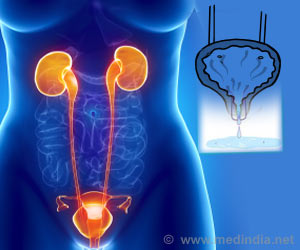 Researchers at Yale School of Medicine suggest that while the chances of successful treatment in women with pelvic floor disorders, who know what symptoms to look for, is higher; most of the women, especially women of color, lack the knowledge of these disorders, according to a new study published in the American Journal of Obstetrics and Gynecology.

Insufficient knowledge and misconceptions about pelvic floor disorders, which include urinary incontinence, fecal incontinence, and pelvic organ prolapse, are thought to be one of the biggest barriers to seeking care. "If we can improve knowledge about pelvic floor disorders, we may be able to improve outcomes for all women," said corresponding author Marsha K. Guess, M.D.

Pelvic floor disorders are a major public health concern, Guess said, noting that about 25% of women 20 years or older in the United States suffer from at least one of the three most prevalent pelvic floor disorders: urinary incontinence, fecal incontinence, and pelvic organ prolapse. Recent epidemiologic studies project that the number of women with these disorders will increase significantly over the next 40 years. The United States spends over $12 billion annually for the management and treatment of urinary incontinence alone, and this number is also expected to rise in the coming years.


Guess and her colleagues conducted a cross-sectional study of 431 women of all ages, races, and socioeconomic levels. They found that over 71% of these women lacked knowledge about urinary incontinence, and 48% lacked knowledge about pelvic organ prolapse. After adjusting for age, race, household income, and education, the researchers determined that African-American women and the combined group of Hispanic, Asian and other non-white women were significantly less knowledgeable about these conditions than their white counterparts.
Advertisement
"Improving knowledge about health problems has proven effective in promoting behavioral change, reducing levels of disease symptoms, and improving compliance with treatment for other chronic diseases," said Charisse Mandimika, a Yale School of Medicine student who was the study's first author. "This study shows that African-American women and non-white groups in general are not benefiting from this knowledge."

"Another very concerning finding is that the majority of women who experienced urinary incontinence had not received treatment," said Guess. "Culturally sensitive educational interventions are urgently needed to raise awareness, and address these disparities in knowledge head on.
Source: Eurekalert
Advertisement
<< Estrogen Reduces Risk of Severe Liver Fibrosis in Pre-Menop...
Free Medical Education at Cuba's Tower of Babel >>

Prolapse of Uterus
Uterine Prolapse or prolapse of the uterus is a condition when a woman's uterus (womb) sags or ......