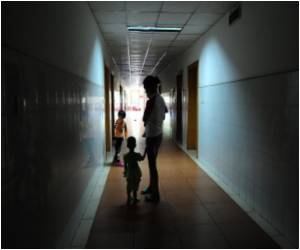 In a study it was found that kinship caregivers get less help than foster parents.

Dr. Glenn Flores, professor of pediatrics at UT Southwestern and senior author of the study, said the findings are important because while most children removed from their homes are placed in foster care, kinship care is on the increase. Nationwide, more than 125,000 children removed from their immediate families are now living with relatives, partly because the number of available foster homes has decreased.

"Our findings indicate that kinship caregivers are significantly more likely to be single, unemployed, older and live in poorer households, yet they receive fewer support services than unrelated foster parents," said Dr. Flores, who also serves as head of general pediatrics at UT Southwestern and chief of general pediatrics at Children's Medical Center Dallas. "Increased caregiver support services, such as additional financial aid and parent training classes, are needed urgently for kinship caregivers."


The findings by researchers at UT Southwestern Medical Center, which appear in the February issue of the Archives of Pediatrics and Adolescent Medicine, also show that children who are placed with a relative because of mistreatment at home fare better in some areas than those placed in foster care, but they may have a higher risk of substance use and teenage pregnancy.

Lack of awareness in caregivers might lead to poorly controlled diabetes in children, warns new research.
Advertisement
Researchers used data from the National Survey of Child and Adolescent Well-Being to compare family services, health and health care outcomes for children in kinship care and foster care. The survey, conducted by the Department of Health and Human Services, included a random sampling of children 14 and younger who were removed from their homes between October 1999 and December 2000 because of maltreatment.

A total of 1,308 children and their caregivers participated in the study; 572 children had been placed with relatives and 736 were in foster care. Researchers conducted face-to-face interviews at the beginning of the study and again after three years, assessing the children's behavioral, mental health and health-service use. The types of service caregivers received included monetary support, peer support groups, parent education and training, and respite care.

At the three-year follow-up, children and adolescents who had been placed with a relative were much more likely to be with a permanent caregiver than the children placed in foster care, the researchers found. The UT Southwestern team's examination of the data also found that although these youths had fewer ongoing behavioral and social-skills problems, they also had a sevenfold risk of pregnancy and twice the risk of substance abuse as children placed in foster care.

On the caregiver front, UT Southwestern investigators found that kinship caregivers were four times more likely as foster parents to have not graduated from high school and three times as likely to have an annual household income less than $20,000. Kinship caregivers, however, were also less than half as likely to receive any type of monetary support, four times less likely to receive any type of parent training and seven times less likely to take part in peer support groups or respite care.

The findings, Dr. Flores said, support the generally mixed viewpoints about whether kinship care is better for children than foster care.

"It's pretty clear that although kids placed in kinship care are less likely to have ongoing behavioral and social-skills problems, they still need to be closely monitored," he said. "Health care providers for children and adolescents in kinship care should increase efforts to screen youths and caregivers for high-risk behaviors such as sex and substance use and to educate them about pregnancy prevention. Recruiting more adults to serve as mentors to youths in kinship care might also help prevent these high-risk behaviors."

Foster Parents Give Back South Korean Daughter Of Seven Years

A Dutch diplomat and his wife have given up a seven-year-old South Korean girl they adopted as a baby, saying they had failed to integrate her into their family, consulate officials
Advertisement
Advertisement

The society needs to empathize with the person taking on the duty of caregiver. Caregiver can be a woman who ...
This site uses cookies to deliver our services.By using our site, you acknowledge that you have read and understand our Cookie Policy, Privacy Policy, and our Terms of Use  Ok, Got it. Close
×