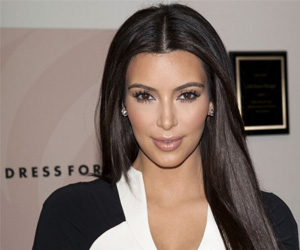 This retail assistant from Exeter has phobia of a weird kind - he hates Kim Kardashian so much that just a look of a semi-naked Kardashian makes him vomit with aversion.

Amess, a gay, says he discovered about his disliking when he watched Kim's sex tape at the age of 17. The 24-year-old Amess said, "Just hearing the sound of the Kardashians' nasal voices or catching a glimpse of them on screen makes me feel nauseous and shaky. My hands get clammy, my breathing gets heavier and I start sweating. Sometimes, I get teary and want to retch."

He wanted to be aroused so he continued watching her. But the more he watched her, the more he got upset and by the end of the tape, he had tears in his eyes, was terrified and did not want to see her ever again.


Amess said, "Kim and her sisters look and sound so similar. They make my stomach churn, I hate it. I dislike everything about them, especially their physical appearance. I don't understand how anyone could find them attractive."
Advertisement
His disgust for the Kardashians also left a mark on his love life, he was forced to break up with a ex-boyfriend because of it. His last boyfriend watched all the shows of Kardashians and found them fascinating. This made them separate.

He says many gay communities love the Kardashians, making dating a difficult affair at times. He has been involved with many people who found them good and all these relationships ended badly.

More News on:
Nausea and Vomiting

Kim Kardashian Plans To Feed 120,000 Homeless
Kim Kardashian, who is recuperating from her short marriage to Kris Humphries, is planning to feed ....

Gay Leaders from Developing Countries Meet World Bank Head
In order to discuss the discrimination they face in their countries, gay leaders from developing ......

Plastic Surgery Worth $200K for Twin Sisters Sharing One Boyfriend to Look Identical
Twin sisters in Australia share a job, a Facebook account, a bed and also a boyfriend, and now ......