Kids Who Receive Positive Attention, Care are Likely to be Happy, Shine in Career

Throwing light on the effects of parenting methods in Japan, a new study has revealed that adults who received attention and care from their parents in their childhood are likely to have higher income, academic success as well as higher levels of happiness.

The findings revealed that children who received 'supportive' child rearing where parents bestowed them with a lot of positive attention and care had higher incomes, higher levels of happiness, academic success and a strong sense of morality as adults.

On the other hand, adults who were subjected to a 'strict' upbringing where parents paid them high levels of attention combined with strict discipline also reported of higher salaries and academic achievement. However, they were found to have lower levels happiness as well as an increase in the stress levels, which may further lead to the onset of various diseases, said Nishimura Kazuo, Professor at Kobe University in Japan.


‘Adults who received attention and care from their parents in their childhood are likely to have higher income, academic success as well as higher levels of happiness.’


For the study, the team carried out an online survey to discover the effects of parenting methods in Japan. Five thousand men and women answered questions about their relationships with their parents during childhood.

Using this data, they identified four key factors: (dis)interest, trust, rules, and independence, as well as 'time spent together', and 'experiences of being scolded' in children and divided parenting methods into the following 6 categories like supportive, strict, indulgent, easy-going, harsh and average.

The results will be presented at the Research Institute of Economy, Trade and Industry (RIETI) - a Japanese policy think tank.

Responsive Parenting Reduces Rates of Overweight Kids by Half
Mothers who practiced responsive parenting - including reacting promptly and appropriately to hunger and fullness cues - were less likely to have overweight babies.
READ MORE 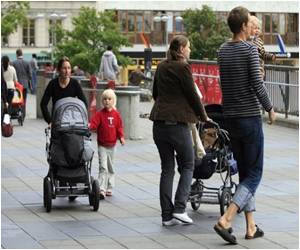 Brain Steroids can Shape a Male's Parenting Skills
In males, testosterone is generally associated with aggression and definitely not with good parenting.
READ MORE