Researchers have found that consuming a daily dose of fish oils boosts exam performances in children.

The trials were carried out on students at Toft Hill Primary School in Bishop Auckland, County Durham.

In the year-long process, 26 pupils sitting for their SATs at Toft Hill Primary School received a daily dose of the fish oil supplements.


In English, 68 per cent of the pupils were expected to achieve the national average, but after taking part in the trial 92 per cent met the required standard, reports the Daily Mail.

In Maths, 78 per cent of the pupils were expected, but, 92 per cent met the national average.

The school also observed a drastic improvement in the concentration and behaviour of those students who took part in the trial.

"The results have been outstanding with pupil concentration increasing significantly and the 2007 SATs results exceeding expectations. Unlike any other similar study we are looking at the benefits to every one of our pupils, not just those with special educational needs," the paper quoted Headmaster Richard Whitfield, as saying.

"The whole atmosphere in the school has become more positive and focused; we are not just referring to the remarkable attainment academically, as we have seen vast improvements in children's physical and social skills. I just hope this study will be of great interest to other head teachers looking to improve their school results and the well-being of their pupils," he added.

An exclusive Daily Mail study last year, showed impressive improvements in pupils at a school in Hertfordshire who were given Eye Q fish oil capsules by manufacturer Equazen.

The 7 and 8-year-old students began with an average reading age of nine months above their actual age and it increased to 18 months after three months of taking fish oil supplement.

The experiment began in January last year in Bishop Auckland, in which a total of 59 children aged nine to 11 were given the supplements every morning and it was so successful that by September last year more than 100 youngsters, two thirds of its pupils, joined the scheme.

The success of the scheme led to Durham County Council inviting 5,000 teenagers to take free daily capsules to improve their GCSE grades.

Fish Oil Healthier Than Vegetable Oil
When it comes looking after your health, you would be doing yourself a favour if you started using more fish oil than vegetable oil.
READ MORE 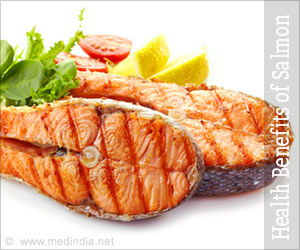