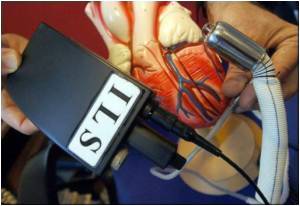 Living with children is linked to a reduction in physical activity, a study conducted at the Montreal Heart Institute (MHI) has shown.

Carried out with 756 participants and led by Dr. Simon L. Bacon, Associate Researcher at the MHI and Professor at Concordia University, the study assessed the impact of social networks on exercise, revealing that people with heart disease who live with children exercise less than those people who do not live with children.

The team of researchers associated with the Social Networks and Exercise in Coronary Heart Disease Patients study wanted to gain a clearer picture of the factors explaining why the majority of heart patients do not succeed in following an exercise regimen, even though its advantages are widely known. Two major unexpected conclusions were drawn from this study: One, that living with someone, for example a spouse, has no impact on participation in physical activities; and two, that living with children has a negative influence on a parent's ability to exercise.


Though the results were not as expected, this study highlights steps that should be taken to encourage people with a coronary disease to avoid a sedentary lifestyle; an important risk factor for future major cardiovascular events. "This study has led us to reconsider the way we go about motivating our patients to change their lifestyle habits, says Dr. Bacon, the director of the study. Perhaps our efforts should target the patient's entire family. It would be interesting to explore this approach in a subsequent study."

The correlation between diet, lifestyle and heart disease. The importance of balanced diet life style and exercise for controlling heart disease.
Advertisement
It was perhaps fitting that this study was carried at the MHI, since the prevention of heart disease is one of the cornerstones of its mission. Dr. Martin Juneau, the director of prevention at the MHI, views its conclusions as an incentive to act. "Since parents serve as models for their children, it's essential that we urge them to be more active so that their family members will do the same. Some of our patients change their lifestyle habits and choose to put health at the centre of their lives. The cardiac rehabilitation program at the MHI's Centre for Preventive Medicine and Physical Activity  also called the ÉPIC Centre  was designed specifically to help patients integrate exercise into their daily lives," says Dr. Juneau.

The victim of an infarct in 2009, Giorgio Serafin is among those who took part in the 12-week exercise program under the supervision of specialists. He's a living example of a sedentary man who changed his lifestyle to preserve his health. Today, this sexagenarian works out five days a week, and he's also changed the way he eats. Mr. Serafin believes that these changes have combined to give him back his health. His enthusiasm is so contagious that his daughter now trains with him at the ÉPIC Centre.

Obesity is the root cause of problems like diabetes, heart disease, stroke, arthritis and gall bladder ...

Being physically very active is the mantra to prevent pediatric obesity rather than concentrating efforts at ...