A study conducted by researchers at Virginia Commonwealth University, the University of Virginia and Lund University in Sweden, proved that environmental influence played a significant role in developing cognitive ability in early adulthood.

The study shows that young adults raised in educated households, develop higher cognitive ability as compared to the ones brought up in less ideal environments.


In the research, cognitive ability - measured by IQ (intelligence quotient), was compared, of 436 Swedish male siblings in the 18-20 age group, where one was reared by biological parents whereas the other by adoptive parents and it was found that the IQ of the adopted males was 4.4 points higher than their non adopted siblings.


The adoptive parents tended to be more educated and in better socio-economic circumstances than the biological parents.

Eric Turkheimer, U.Va. Professor of psychology, said that adoption in an educated household was the most permanent kind of change and had the most lasting effects.

The findings have been published online in the Early Edition of the Proceedings of the National Academy of Sciences.

Does Parents' BMI and Educational Status Affect Children's Nutritional Status?
Parents are not only responsible for passing or transferring genetic lineage to the off springs but also the behavior and attitude towards life in general.
READ MORE 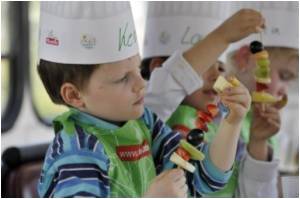