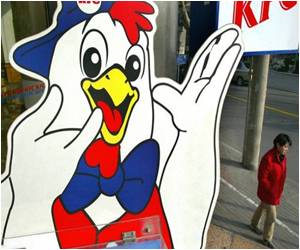 A KFC worker in Cardiff reportedly got angry over rude customers who asked her friends to 'smile more' and reportedly served food with pubic hair in it.

The incident came to light after the worker published it in an anonymous post on Spotted Cardiff, a Facebook page that was designed as an outlet for rants in the capital. According to the post, a group of girls drove through the restaurant between 1pm and 1.30pm and were reportedly rude to another staff worker.


"We have thoroughly investigated this incident and can confirm that the content of the post is untrue and that the food was not contaminated in any way. It was a badly misjudged and regrettable social media prank and we'd like to reassure customers that the incident did not happen", the chain said in a statement.


Source: Medindia
Advertisement
<< Patient Dies After Indian-Origin Dentist Extracts 20 Teeth ...
How We React to Fear may be Influenced by Gut Instinct >>