In a rare moment of drama in President Barack Obama's long slog to pass his top domestic priority, a key US congressional panel was set to cast judgment on health care reform.

The Senate Finance Committee will vote on an 829-billion-dollar, 10-year effort to cut costs and provide affordable health insurance to most Americans, after the mighty US insurance lobby launched a late bid to thwart the measure. 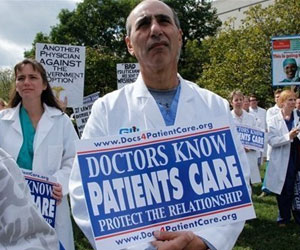 A doctor protests against the proposed health care legislation 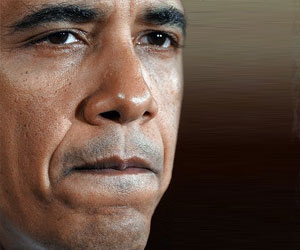 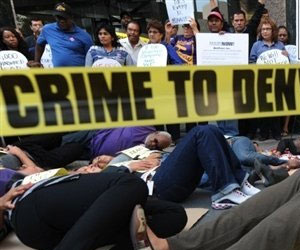 The Democratic majority on the panel is thought likely to ensure the draft bill, one of several working through the Senate or the House of Representatives, will pass.


But the vote will provide important clues on how the reform attempt will eventually fare in the full 100-seat Senate.

Obama's sole hope for even token bipartisan support likely lies with Maine Republican Senator Olympia Snowe, who has faced intense lobbying from both sides for her vote.
Advertisement
But even unanimous support from Democrats on the committee is not a given.

Two Democrats, Senators Ron Wyden and Jay Rockefeller, want a government-run health program, known as the public option, which is not in the Finance Committee legislation, and they are not certain to support the bill.

Obama faces a tough road before he can claim a victory in the health care debate. Both the Senate and the House must pass a bill, and then act again on a merged version before the new law is sent to the president's desk.

On Monday, the White House and allies in Congress punched back hard after the insurance lobby fired off a surprise offensive at a pivotal moment of the health reform drive.

Democrats dismissed an industry report which warned the reform bid would send costs soaring as a "hatchet job."

A study by auditors PricewaterhouseCoopers (PWC) for the insurance lobby warned that the bill before the committee would hike projected cost rises per family by 1,700 dollars in four years, and by 4,000 dollars in the next decade.

The report marked a change of tactics: the industry, blamed for killing a health reform effort by then president Bill Clinton in the 1990s, had previously worked to mould the bill in talks with the White House and Congress.

The White House, which has waged a months-long campaign against conservative critics of its attempt to cut health care costs and to make treatment affordable to all Americans, quickly dismissed the report's credibility.

"This is a self-serving analysis from the insurance industry, one of the major opponents of health insurance reform," said Reid Cherlin, a White House spokesman.

"It comes on the eve of a vote that will reduce the industry's profits. It is hard to take it seriously.

"The analysis completely ignores critical policies that will lower costs for those that have insurance, expand coverage and provide affordable health insurance options to millions of Americans who are priced out of today's health insurance market or are locked out by unfair insurance company practices."

Scott Mulhauser, a spokesman for Finance Committee Democrats, meanwhile said the health insurance lobby was resorting to a "tired playbook of deception" to thwart the health reform drive.

"It's a health insurance company hatchet job, plain and simple."

Last week, the non-partisan Congressional Budget Office (CBO) boosted the cause of health reform advocates, saying the draft Finance Committee effort would cut the US budget deficit by 81 billion dollars over 10 years.

Obama has wagered huge political capital on the fight to pass health reform, and to offer affordable care to 46 million people in the United States who have no insurance.

Should the effort fail, despite Democratic majorities in Congress, Obama could find his political leverage and capacity to enact other elements of his sweeping agenda severely hampered.

US Lawmakers Urge Health Care for Immigrants
A group of Democratic lawmakers is breaking ranks by seeking coverage for immigrants under a new US ...

Only 20 Percent Say Health Care Is Their Biggest Concern: Poll
A new poll shows only one in five respondents say health care is the biggest concern for their ......