Key to Immortality may be Found in Asexual Worms 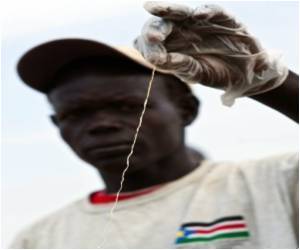 Scientists have found that a species of flatworm can overcome the process of ageing and these immortal worms pave way for humans to stay fit and avoid ageing.

The discovery may elucidate the possibilities of alleviating ageing and age-related characteristics in human cells.

Planarian worms have amazed scientists with their apparently limitless ability to regenerate.


Researchers have been studying their ability to replace aged or damaged tissues and cells in a bid to understand the mechanisms underlying their longevity.

There are several myths associated with ageing and one such myth doing the rounds is that pain is a part of growing old. Is there a grain of truth in this? To find out, participate in this quiz.

"Both appear to regenerate indefinitely by growing new muscles, skin, guts and even entire brains over and over again. Usually when stem cells divide - to heal wounds, or during reproduction or for growth - they start to show signs of ageing.

"This means that the stem cells are no longer able to divide and so become less able to replace exhausted specialised cells in the tissues of our bodies. Our ageing skin is perhaps the most visible example of this effect. Planarian worms and their stem cells are somehow able to avoid the ageing process and to keep their cells dividing."

One of the events associated with ageing cells is related to telomere length.

In order to grow and function normally, cells in our bodies must keep dividing to replace cells that are worn out or damaged. During this division process, copies of the genetic material must pass on to the next generation of cells.

The genetic information inside cells is arranged in twisted strands of DNA called chromosomes. At the end of these strands is a protective 'cap' called a telomere.

Telomeres have been likened to the protective end of a shoelace, which stops strands from fraying or sticking to other strands.

Each time a cell divides the protective telomere 'cap' gets shorter. When they get too short, the cell loses its ability to renew and divide. In an immortal animal we would therefore expect cells to be able to maintain telomere length indefinitely so that they can continue to replicate.

Dr Thomas Tan performed a series of challenging experiments to explain the worm's immortality. In collaboration with the rest of the team, he also went some way to understanding the clever molecular trick that enabled cells to go on dividing indefinitely without suffering from shortened chromosome ends.

Previous work, leading to the award of the 2009 Nobel Prize for Physiology or Medicine, had shown that telomeres could be maintained by the activity of an enzyme called telomerase.

In most sexually reproducing organisms the enzyme is most active only during early development. So as we age, telomeres start to reduce in length.

This project identified a possible planarian version of the gene coding for this enzyme and turned down its activity. This resulted in reduced telomere length and proved it was the right gene.

They were then able to confidently measure its activity and resulting telomere length and found that asexual worms dramatically increase the activity of this gene when they regenerate, allowing stem cells to maintain their telomeres as they divide to replace missing tissues.

However, what puzzled the team is that sexually reproducing planarian worms do not appear to maintain telomere length in the same way.

The difference they observed between asexual and sexual animals was surprising, given that they both appear to have an indefinite regenerative capacity.

The team believe that sexually reproductive worms will eventually show effects of telomere shortening, or that they are able to use another mechanism to maintain telomeres that would not involve the telomerase enzyme.

"Asexual planarian worms demonstrate the potential to maintain telomere length during regeneration. Our data satisfy one of the predictions about what it would take for an animal to be potentially immortal and that it is possible for this scenario to evolve," Dr Aboobaker said.

"The next goals for us are to understand the mechanisms in more detail and to understand more about how you evolve an immortal animal."

"This exciting research contributes significantly to our fundamental understanding of some of the processes involved in ageing, and builds strong foundations for improving health and potentially longevity in other organisms, including humans," Professor Douglas Kell, BBSRC Chief Executive, added.

One sure approach to maintaining lasting youthful looks lies in the food that is consumed, in our daily diet. The webpage offers some great tips on preserving a wrinkle-free, glowing skin.
<< Simple and Accurate Device to Study Malaria
Max Bupa Health Insurance Eyes Three Fold Increase in Premi... >>