Key Shift in the Brain That Creates Drive to Overeat Identified 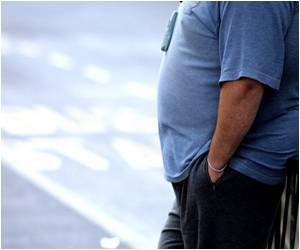 A cellular change in the brain that accompanies obesity has been discovered by scientists. The findings could explain the body's tendency to maintain undesirable weight levels, rather than an ideal weight, and identify possible targets for pharmacological efforts to address obesity.

The findings, published in the Proceedings of the National Academy of Sciences Early Edition this week, identify a switch that occurs in neurons within the hypothalamus. The switch involves receptors that trigger or inhibit the release of the orexin A peptide, which stimulates the appetite, among other behaviors. In normal-weight mice, activation of this receptor decreases orexin A release. In obese mice, activation of this receptor stimulates orexin A release.

"The striking finding is that you have a massive shift of receptors from one set of nerve endings impinging on these neurons to another set," said Ken Mackie, professor in the Department of Psychological and Brain Sciences in the College of Arts and Sciences at IU Bloomington. "Before, activating this receptor inhibited the secretion of orexin; now it promotes it. This identifies potential targets where an intervention could influence obesity."


The work is part of a longstanding collaboration between Mackie's team at the Gill Center for Biomolecular Science at IU Bloomington and Vincenzo Di Marzo's team at the Institute of Biomolecular Chemistry in Pozzuoli, Italy. Both teams study the endocannabinoid system, which is composed of receptors and signaling chemicals that occur naturally in the brain and have similarities to the active ingredients in cannabis, or marijuana. This neurochemical system is involved in a variety of physiological processes, including appetite, pain, mood, stress responses and memory.
Advertisement
Food consumption is controlled in part by the hypothalamus, a portion of the brain that regulates many essential behaviors. Like other important body systems, food consumption is regulated by multiple neurochemical systems, including the endocannabinoid system, representing what Mackie describes as a "balance of a very fine web of regulatory networks."

An emerging idea, Mackie said, is that this network is reset during obesity so that food consumption matches maintenance of current weight, not a person's ideal weight. Thus, an obese individual who loses weight finds it difficult to keep the weight off, as the brain signals the body to eat more in an attempt to return to the heavier weight.

Using mice, this study found that in obesity, CB1 cannabinoid receptors become enriched on the nerve terminals that normally inhibit orexin neuron activity, and the orexin neurons produce more of the endocannabinoids to activate these receptors. Activating these CB1 receptors decreases inhibition of the orexin neurons, increasing orexin A release and food consumption.

"This study identifies a mechanism for the body's ongoing tendency to return to the heavier weight," Mackie said.

The researchers conducted several experiments with mice to understand how this change takes place. They uncovered a role of leptin, a key hormone made by fat cells that influences metabolism, hunger and food consumption. Obesity causes leptin levels to be chronically high, making brain cells less sensitive to its actions, which contributes to the molecular switch that leads to the overproduction of orexin.