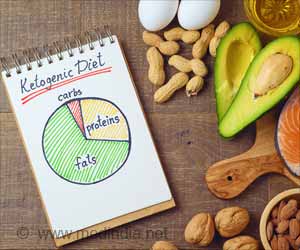 Consuming a ketogenic diet that is high in fat and low in carbohydrates can prevent cognitive decline, reports a new mice study. The findings of the study are published in the journal Frontiers in Aging Neuroscience.

"Recent science has suggested that the bacteria might regulate neurovascular integrity in the gut, so we set out to see whether the ketogenic diet enhanced brain vascular function and reduced neurodegeneration risk in young healthy mice," said Ai-Ling Lin from the University of Kentucky in the US.


‘A new study shows that the brain and the stomach are more closely connected to each other, and the health of one can impact the other.’
Read More..


For the study, the team examined the effect of diet on cognitive health on mice, which followed a ketogenic diet regimen.

Two groups of nine mice, aged 12-14 weeks, were given either the ketogenic diet or a regular diet.

The team found that after 16 weeks, mice on ketogenic diet had significant increase in cerebral blood flow, improved balance in the microbiome in the gut, lower blood glucose levels and body weight, and a beneficial increase in the process that clears amyloid-beta from the brain a hallmark of Alzheimer's disease.

"We were delighted to see that we might indeed be able to use diet to mitigate risk for Alzheimer's disease," Lin noted.

Ketogenic Diets and Sport Performance
Ketogenic foods do help the athletes to burn fat and cure epilepsy, but excess amount of such foods causes toxicity in blood and damages the liver and kidneys.
READ MORE 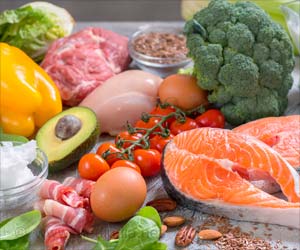