Ketamine is Addictive and may Send Users into Hallucinations 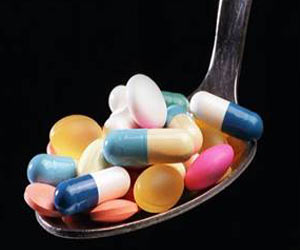 At its best, the drug ketamine, the party drug "Special K," relieves depression within two hours and its beneficial effect on patients may last a week. At its worst, ketamine is addictive and may send recreational users into hallucinations and delusions. Some have experienced disorientation that they call the "K-hole."

Because of the potential for misuse and addiction, explained researcher Daniel Lodge, Ph.D., of The University of Texas Health Science Center at San Antonio, "You have a novel, highly effective treatment for depression, but you can't give it to people to take at home or on a routine basis."

Overdose of a hallucinogenic party drug caused 20-year-old Englishman to scratch and claw out his own face.
Advertisement
‘The party drug ketamine, "Special K," acts on receptors located throughout the brain, making it difficult to control its effects.’

Antidepressants usually take at least two weeks to show any effect in the patients they help, and not all patients benefit. If a drug were fast-acting and provided sustained relief from depression, the risk of suicide among patients would be reduced. The problem with ketamine is that the drug acts on receptors located throughout the brain, making it difficult to control its effects.

Using state-of-the-art research techniques in rats, Dr. Lodge and colleagues from the Health Science Center's Department of Pharmacology identified a brain circuit that brings about the beneficial effects of ketamine. The circuit sends signals between the hippocampus and the prefrontal cortex. The researchers found that activating the circuit in rats causes antidepressant-like effects similar to those caused by ketamine, whereas preventing activation of the circuit eliminates the antidepressant-like effects of ketamine.

Researchers have found a clue on how the drug ketamine offers immediate relief for patients who are chronically depressed and for those who are resistant to treatments.
Advertisement
"The idea is, if one part of the brain contributes to the beneficial effects of ketamine, and another part contributes to its abuse and effects such as hallucinations, now we can come up with medications to target the good part and not the bad," said Flavia R. Carreno, Ph.D., lead author of the study.

Identifying this mechanism now gives scientists a target, Dr. Lodge explained. "The next step is finding a drug that interacts selectively with it. And we have some ideas how to do that." The study was described Dec. 1 in Molecular Psychiatry, the psychiatric journal most cited by scientists.

Popular party drug "meow meow", or mephedrone, has been linked to more than a hundred deaths in Britain over the last two years.
Advertisement
<< Interpol Seized Fake Medicine Worth $7 Million Across Asia
Scientists Study Single 'Transformer' Proteins With Role in... >>