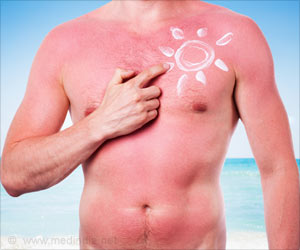 Three suspected sun stroke deaths were reported in Kerala with the rising summer temperature in the state, said officials on Sunday. Heat stroke is a type of severe heat illness that raises the body temperature to more than 40 °C and results in confusion, dry red skin, headache, and dizziness.

Karunakaran (42), a state government employee from Parasala in the southern suburb of the state capital, fainted while working in his paddy field on Sunday morning.

Heat stroke is caused when body temperature or hyperthermia exceeds 40.6°C or 105.1°F. Heat stroke can be triggered due to overwork during summer months and lack of perspiration.
Advertisement
‘Drinking plenty of water, avoiding continuous exposure to sun, being in a free air circulated area and wearing loose-fitting clothes are some preventive measures.’

He was rushed to a local hospital where he was declared dead. The body was later shifted to the state-run Medical College for postmortem. After preliminary examination, the doctors suspected it to be a case of sun stroke as there were burn marks on the deceased's shoulders.


In Kannur, an elderly person named Narayanan suffered sun burns and fell unconscious. He was later declared dead. A third case was reported from Maramon in Pathanamthitta district where a 60-year-old hotel employee named Shahjahan was found dead on the road side.

Heat exhaustion is a heat-related illness and occurs when the body gets too hot. Heat exhaustion occurs due to dehydration and loss of electrolytes through the skin.
Advertisement
In Punalur in Kollam district, while campaigning for Revolutionary Socialist Party (RSP) candidate N.K. Premachandran, RSP leader Nasar Khan fell unconscious and had to be rushed to a hospital. His condition is stated to be stable.

According to the India Meteorological Department (IMD) forecast for the coming two days, the mercury in 11 out of the 14 districts of the state is expected to rise by 2 to 3 degree Celsius above the normal for this time of the season.

Since the beginning of March, around 100 people have suffered sun stroke in the state, the Health Department pointed out. The department has also issued an advisory for people on how to tackle the heat.

Brace yourself for this summer. Summer in India is scary; the elderly especially are more prone to heat-related illnesses. A few tips can prevent the adversities due to high temperatures.