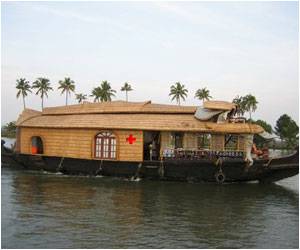 Kerala Governor P. Sathasivam said it is time to set up a clinical diagnostic technology council under which all laboratories and imaging centres can be registered and graded as per their services.

He also asked the Kerala chapter of the Indian Radiological and Imaging Association (IRIA) to come forward to introduce uniform pricing for all imaging services in the coastal state.

Using a 3D model of the hip, a private hospital here has successfully completed the first ever hip replacement surgery in Kerala.
Advertisement
‘It was the Supreme Court that directed the Union government to implement the Pre-conception and Pre-natal Diagnostic Techniques (Prohibition of Sex Selection) Act, 1994, which was misused for sex-selective discriminatory practices.’
Tweet it Now

The Governor was speaking after inaugurating the 36th annual conference of the IRIA.


Sathasivam said the association should give right inputs to help create a regulatory mechanism to ensure uniform rates and, more importantly, quality of service offered to the patients.

Two Keralites have got a new lease of life after the family of a brain-dead woman from West Bengal donated her kidneys at a private hospital.
Advertisement
He said radiologists have traditionally remained behind the scenes in giving patient care, but society must be made aware of radiology's role as a critical link between physicians and patients.

The Governor said it was the Supreme Court that directed the Union government to implement the Pre-conception and Pre-natal Diagnostic Techniques (Prohibition of Sex Selection) Act, 1994, which was misused for sex-selective discriminatory practices.

Sathasivam, a retired Supreme Court Chief Justice, cautioned radiologists to be very careful since they were now held responsible for mistakes usually seen as clerical errors in reports.

Pointing out that the IRIA felt that some provisions of the said Act were misused, he said the provisions need to be reviewed in such a way that honest doctors get adequate protection.

Brucellosis is transmitted to humans from animals through direct contact with infected materials, ingesting animal products and inhalation of airborne agents.
Advertisement

Dubai Boy Gets New Life After Rare Surgery in Kerala

In a rare heart surgery, doctors in Kerala successfully removed a cancerous cardiac tumor from the heart of a two-year-old boy.