In a candid admission TV star Kelly Osbourne has revealed that she gets herself tested four times a year for sexually transmitted diseases.

The daughter of rocker Ozzy Osbourne, admitted having unprotected sex in the past but said that she get the tests for her own 'peace of mind'.

The 23-year-old ambassador for World Contraception Day also revealed mum Sharon, who survived colon cancer, fears she will get the disease as she is on the Pill - or if she goes near a microwave.


"Because of her history she's convinced it causes cancer. I don't have a microwave in my house for the same reason," the Sun quoted her, as telling New! Mag.

Kelly also spoke about the moment when she first saw a condom aged seven while on tour with her dad's Black Sabbath band.

"Mum explained what they were. It was something my parents had never been shy about," she said. 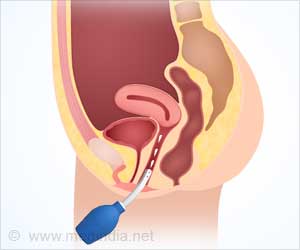 Vaginal Douching
Douching is the process of cleansing the vagina with a stream of water or liquid solution for either hygienic or medical reasons.
READ MORE

Vaginosis
Bacterial vaginosis (BV) is a disorder characterized by an offensive vaginal discharge & it is most common among women of childbearing age.
READ MORE