"Keep Your Health Plan" is What President Obama Promised 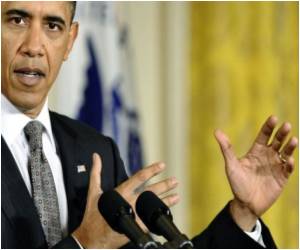 Though this was a simple solution, the implementation of The Affordable Care Act has been the cause for a lot of confusion and concern. Not only the people of Michigan are losing their health covers but millions of American citizens are now receiving insurance termination notices and receiving alternate covers which are more expensive. Even though the administration had known all along that the health plans would need to change under the Affordable Care Act they did not acknowledge it, the President also repeated his promise till the end of September.

The "Keep Your Health Plan Act" is a straight forward and sensible solution by which people already covered by health insurance should have been allowed to carry them into the next year. Citizens would not have to struggle through the sluggish on line process and would have the freedom to carry on with their plans.


Putting the Affordable Care Act into place has been a cause for anxiety and uncertainty. The law had made promises to bring down the premiums instead of which there have been increases of almost 400%. The web site options which were to be ready by 1st of October are still not available.
Advertisement
It would be encouraging if the President would keep his promises as The Affordable Care Act is a law that would garner full support if it was made accountable and transparent. One way to do this is ensure that people get to keep on the health policies they are comfortable with for the coming year at least.

Health Insurance - Basics
Health insurance guarantees payments to a person in the event of sickness or injury.and works as .....