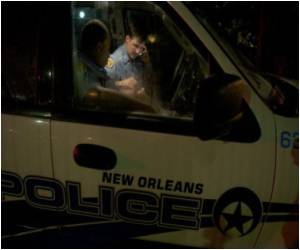 Even after five years, Hurricane Katrina continues to make the people of New Orleans distrust their police force and view it sceptically .

In the chaotic aftermath of the storm, which barreled in from the Gulf of Mexico on August 29, 2005 and cost more than 1,500 lives, the New Orleans Police Department was accused of terrible crimes. 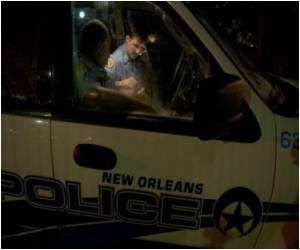 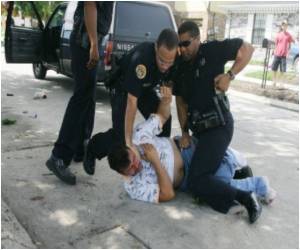 New Orleans Police subdue a man who refused to cooperate 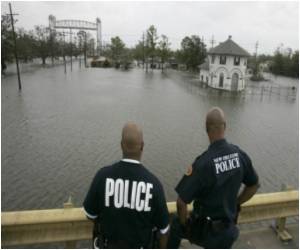 Half a decade later, crime is soaring to the extent that the city is fast becoming America's murder capital, while two scandals from those dark days linger over efforts to restore the force's credibility.


Henry Glover was shot by an unknown assailant on September 2, 2005, four days after the hurricane hit.

When Glover was taken to a makeshift police station the cops allegedly refused to treat him and left him to bleed to death. The charred remains of the 31-year-old father of four were found days later in a burnt-out car.

An American researcher of Indian origin and his colleagues have found New Orleans who lost their homes in Hurricane Katrina were over five times more likely to experience serious psychological
Advertisement
Police also stand accused of shooting and killing two African-American civilians in cold blood and wounding four others on Danziger Bridge, which connects two predominantly black neighborhoods in the city, on September 4.

The notorious incidents allegedly spawned elaborate cover-ups by the officers involved, including a meeting at a deserted former police station to agree on a story.

As legal proceedings progress, the cases repeatedly reopen old wounds. Five officers were charged in July over Glover's death. Another five have pleaded guilty over the Danziger shootings, while six more were indicted last month.

"They're such high-profile incidents in the consciousness of the city," NOPD sergeant James Young told AFP.

"Still it depends on whom you ask. Some people think the police do a great job despite the behavior of a couple of officers. Others want to lump everybody into one big group and say it's all NOPD."

New Orleans is on track for over 200 murders in 2010 -- the highest per capita homicide rate in the nation -- and the force desperately needs to win back trust if it wants witnesses to come forward and cases to get tried.

"There have been 840 homicides since the storm, and fewer than 50 convictions," Peter Scharf, a criminology expert at Tulane University, told AFP.

"It's pathetic, and so it's a good time to kill people in New Orleans. And of course witnesses won't come forward to testify in these cases because they're afraid that the drug dealers are going to whack them."

Mayor Mitch Landrieu laid bare the scale of the trust deficit when he sent a letter in May to US Attorney General Eric Holder calling for help and describing the NOPD as "one of the worst police departments in the country.

"It is clear that nothing short of a complete transformation is necessary and essential to ensure safety for the citizens of New Orleans," the mayor wrote.

As Young patrolled what was formerly the Saint Thomas Project -- it has since been turned into the aspirationally-named River Garden Development -- he said he believed there had been some improvements since Katrina.

"This area used to be a cesspool, basically," he said. "And now they've done this mixed-income development. There's a definite difference when people take a bit more responsibility over where they live."

Critics say demolishing the federal housing projects and building smarter neighborhoods has simply deprived many of the city's poorer African American residents from returning to their former homes.

Young's sixth district precinct was hit hard by Katrina and had to operate out of a Walmart parking lot in the days following the storm.

The neighborhood, which is just across the freeway from City Hall, has struggled to regenerate in the five years since.

Many storm-battered homes sit vacant and open to intruders, providing a safe haven for drug dealing and violent crime to flourish, while attempts by developers to rebuild often fall flat.

"Now, that's a nice home, but the problem is, you've got to persuade somebody to come and live in it," said Young, gesturing to one house. "They're not just buying the home, they're buying the neighborhood," he explained.

After being called to the site of a convenience store robbery where blood was streaming from the victim's head, Young returned to his patrol vehicle and was relieved to see the rain start to fall.