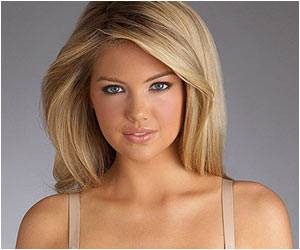 Callous critics who called Kate Upton 'fat' are getting a backlash.

The model was at the receiving end of bitter taunts on a pro-anorexia website which called her 'lardy'. Adding insult to the injury, she was criticized for appearing in raunchy burger adverts.

But Kate, 20 blasted back: "I'm not going to starve just to be thin.


"I want to enjoy life and I can't if I'm not eating and miserable.

The curvy US beauty was attacked on website SkinnyGossip, which encourages anorexia and glamorizes dangerous levels of thinness.

"It's absurd. Kate is gorgeous and very healthy," the Sun quoted a spokesman for the model as saying.

Eating disorders are the abnormal eating habits involving either excessive or insufficient food consumption that can detriment the mental and physical health of an individual.