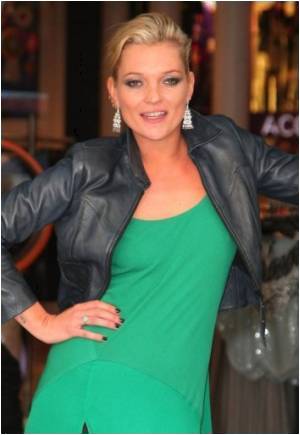 Supermodel Kate Moss has learned a lesson from her wild ways and has declared that her days of excessive partying are over.

The model, who became famous as Cocaine Kate after being exposed for drug-taking five years ago, said that she has decided to change her lifestyle and is ditching her wild partying antics to look up to clean living.


"It's about time I got myself in order because I'm no longer a little girl. So it's early to bed and early to rise," the Daily Mail quoted her as saying in an interview to an Italian magazine.


Moss, 36, is in a long-term relationship with rock guitarist Jamie Hince and took a break in the country a while ago.

Whereas, in previous years she was regularly photographed partying during her holidays, this time she cut a far more somber figure.

The English model was also spotted in a local disco in an island of Sicily and the onlookers were amazed to notice that a woman previously known for her hardcore drinking didn't have anything stronger than tonic water and fruit juice.

It had been claimed that Kate was planning a large party at her home in the Cotswold, yet she had nothing stronger than a pub lunch with Hince, 40.

Kate met Hince, guitarist of the band The Kills, in 2007 and it is said that he has had stabilizing effect on her, which helped her out of hedonistic living.

Health Insurance in Europe
The concept of social health insurance is deeply ingrained in the fabric of healthcare systems across the European continent.
READ MORE