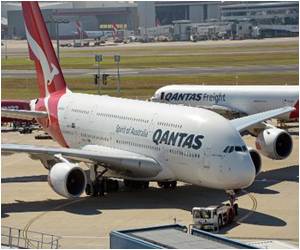 "We have uncovered a framework that allows us to predict when human subsistence practices might be detrimental to the environment and when they might be beneficial," says Brian Codding, an assistant professor of anthropology.

Aboriginal youngsters are 25 times more prone to incarceration as opposed to their non-indigenous counterpart.
Advertisement

"When subsistence practices have long histories, they are more likely to sustain ecosystem stability," he says. "But when there are sudden changes to the way people make a living on the land, expect the result to be detrimental to the environment."

As soon as you step out into the sun, your skin becomes exposed to injurious effect of sun's ultraviolet rays. Sunscreen is capable of protecting the skin from sun's damage.
Advertisement
"In some parts of Australia where Aboriginal people no longer are burning the bush, ecologists are recording rapid declines in threatened species, which also might be due to increased predation by invasive predators," he adds.

The study concludes: "To be successful, management schemes should facilitate traditional burning and hunting regimes in remote communities, and incorporate this traditional ecological practice into future management protocols."

The new study found that small grass fires set by Martu to reveal sand monitor lizard holes created a patchy mosaic of five stages of vegetation at different post-fire ages, increasing hill kangaroo populations because the animals can hide from predators like dingoes in older bush grass and spend most of their time eating shoots and fruits in patches of younger vegetation. Counts of kangaroo scats showed kangaroo populations were largest at moderate distances from Martu settlements. At those distances, there also were moderate levels of both kangaroo hunting and burning to expose lizard burrows.

"As people spend more time hunting in a region, kangaroos densities actually increase, but only up to a threshold, after which their populations decline," Codding says.

Detailed information about how the urban Aboriginal population in Canada uses health care has been accessed by researchers for the first time.
Advertisement
<< Pancreatic Cancer Treated With 'Old' Drug in a New Way
Woman Dies from Rare Infection after Her Pet Dog Licked Her ... >>

Weather Changes Not Responsible for Low Back Pain: Australian Study

Turmeric Powder - Health Benefits, Uses & Side Effects How to Reduce School Bag Weight - Simple Tips Loram (2 mg) (Lorazepam) Find a Hospital Sanatogen The Essence of Yoga Hearing Loss Calculator Iron Intake Calculator Indian Medical Journals Sinopril (2mg) (Lacidipine)
This site uses cookies to deliver our services. By using our site, you acknowledge that you have read and understand our Cookie Policy, Privacy Policy, and our Terms of Use