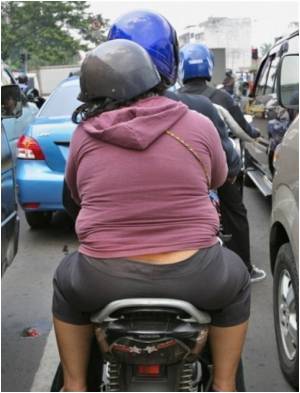 Canada and other developed countries are facing an obesity epidemic, with the increase in numbers of overweight kids and young adults. Experts urge for legislative approaches to address this issue, according to an article in CMAJ. Canadians have become heavier and less fit over the last three decades; people aged 20-39 years have the BMI (body mass index) that people aged 40 or older had thirty years ago. The 2007-2009 Canadian Health Measures Survey found more than 60% of adults were overweight or obese, with 24% being overweight, and 37% obese. If such a trend is to continue, over the next 25 years, half of Canadians over age 40 will be obese.

"Obesity is expected to surpass smoking as the leading cause of preventable morbidity and mortality," writes author Dr. Mark J. Eisenberg, Jewish General Hospital, Divisions of Cardiology and Clinical Epidemiology, with coauthors. "Obesity reduces life expectancy by more than 10 years as a comorbidity with coronary artery disease, osteoarthritis, dyslipidemia, hypertension, stroke and type 2 diabetes. Thus, obesity causes considerable morbidity and mortality and represents a burden of $3.96 billion on the Canadian economy each year."

The consumption of high calorie foods, especially junk food, and decreases in activity levels are helping to fuel this increase in obesity. While it is viewed as a medical condition to treat, a variety of legislative approaches and public health interventions could help combat obesity.

The BMI calculator helps you assess your weight indicating if it is normal or if you are underweight or overweight, based on your height.
Advertisement
"Although obesity has traditionally been conceptualized as a physical problem for physicians to treat, there is increasing awareness of the role that governments, corporations and educators can play in preventing and reducing obesity," write the authors.

"The growing problem of obesity in Canada can be reversed only with an integrated approach involving both the public health and medical models," conclude the authors. "Stakeholders at all levels must be involved to achieve the greatest overall impact."

Obesity is resistant to instant remedies and its management is a long-term endeavor. Here are a few tips to control obesity in children.
Advertisement
<< Antibiotic Improves Lung Health in Preterm Infants
Study Says Some Bacteria 'Go to Sleep' to Hide from Antibio... >>

Blood - Sugar Chart Find a Doctor Accident and Trauma Care Sanatogen How to Reduce School Bag Weight - Simple Tips Post-Nasal Drip Noscaphene (Noscapine) Pregnancy Confirmation Calculator Blood Donation - Recipients Vent Forte (Theophylline)
This site uses cookies to deliver our services. By using our site, you acknowledge that you have read and understand our Cookie Policy, Privacy Policy, and our Terms of Use