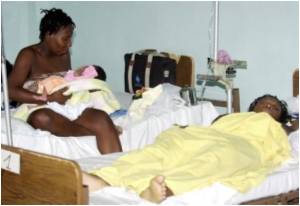 With a notable increase in fatal medication errors, July is obviously the wrong month to go into hospital, warn researchers.

July also is the only month when the number of death certificates spikes.

Out of Hours Doctors Reluctant to Do Home Visits, Say Patients

Patients feel that doctors providing out-of-hours services in primary care are reluctant to do home visits, shows a small study of patients' experiences in Quality and Safety in Health Care.
Advertisement

David Phillips, a sociology professor at the University of California at San Diego, who led one of the current studies, said July is when fresh medical residents start their new jobs, and the rise in the death rate could be attributed to errors from their inexperience.

Individuals Distraction can Be Measured by a Computer Based Test

A psychologist at the University College London has designed a computer based test that may reveal how easily an individual can be distracted.
Advertisement
Phillips' study appears in the Journal of General Medicine.

"The reason is kind of obvious. While patients don't decide when they get sick and they can't choose the day, hospitals operate as if they were the 7-11," said Norfolk, Va., internist Paul Marik, who helped conduct the study.

The difficulty of getting tests performed and the presence of less staff are likely causes of the weekend death rate spike, Marik said.

This study appears in the journal CHEST.

But studies like these shouldn't cause sick people to avoid seeking medical help on weekends or in July, said Dr. Joshua Rosenberg, associate director of the intensive care unit at Long Island College Hospital.

He said: "I wouldn't want to discourage anyone from going to the hospital," he said.

"More people die from not accessing medical care early than accessing it in July."

Novice doctors taking on increased responsibility for patients probably account for a yearly spike in fatal medical errors in the United States, according to a study released Wednesday.
Advertisement
Advertisement
This site uses cookies to deliver our services.By using our site, you acknowledge that you have read and understand our Cookie Policy, Privacy Policy, and our Terms of Use  Ok, Got it. Close
×