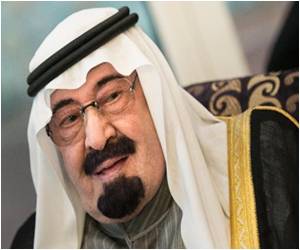 The health ministry says that two new infections from MERS coronavirus have been detected in Jordan, one a Saudi man and the other a Jordanian medic who was treating him.

State news agency Petra which carried the report said this brought to seven the total number of people who were diagnosed in Jordan with the disease known as Middle East Respiratory Syndrome since 2012.

American Officials Confirm First Case of MERS in the US

Health officials in the United States revealed that MERS, which first surfaced in the Middle East, has arrived at the American shores.
Advertisement

Health ministry official Mohammad Abdallat told Petra that the Saudi man aged 25 was being treated in a private Amman hospital.


"The Jordanian medic, 28 got infected while he was treating the Saudi patient. He is in a stable condition," Abdallat, who heads the ministry's communicable disease unit, said without elaborating.

A new vaccine that produces immunity against the recently emerged Middle East Respiratory Syndrome (MERS) has been successfully developed by the scientists.
Advertisement
Jordan reported the first death of MERS virus this year in February, after two previous fatalities in 2012.

MERS first emerged in 2012 and is mostly focused on Saudi Arabia where it has killed 107 people, according to health officials in the oil-rich kingdom.

Saudi health authorities said Wednesday that the number of those diagnosed with the disease had risen to 361.

There are no vaccines or antiviral treatments for MERS, a severe respiratory disease with a mortality rate of more than 40 percent that experts are still struggling to understand.

MERS coronavirus claimed two new deaths in the Saudi Kingdom where 16 more infections were also detected as announced by the Saudi health authorities on Wednesday.
Advertisement
<< US Approves New Implant to Ward Off Sleep Apnea
Snakes Paraded in Italy at May Day Religious Celebration >>

Post-Nasal Drip Blood - Sugar Chart Iron Intake Calculator The Essence of Yoga How to Reduce School Bag Weight - Simple Tips A-Z Drug Brands in India Diaphragmatic Hernia Hearing Loss Calculator Calculate Ideal Weight for Infants Vent Forte (Theophylline)
This site uses cookies to deliver our services. By using our site, you acknowledge that you have read and understand our Cookie Policy, Privacy Policy, and our Terms of Use