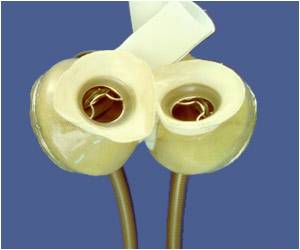 Many agencies that are charged by the EU to look into the safety of medical devices, such as hip replacements and breast implants, are more interested in whether they can attract business rather than whether they are safe, a joint investigation by Daily Telegraph and British Medical Journal reveals.

Undercover reports created a fake large diameter metal on metal total hipcalled the Changi TMH (Total Metal Hip)that was based on a device which has been recalled globally for safety reason. .

The hip was presented to 14 notified bodies in five countries and undercover reporters applied to get quotations for CE certification.


The dossier created for the Changi TMH said that tests had shown it produced potentially toxic levels of metal ions in the bodyhowever; it was passed as having an acceptable design for use in patients across Europe.

Heart attack is the death of the heart muscle due to loss of blood supply. Simple guidelines to avoid heart attack are listed.
Advertisement
The investigation found some notified bodies are more concerned with repeat business and making profits than the safety of their patients. In fact, an official from ITC, one of the notified bodies in the Czech Republic, admitted that it is "one the side of [the] manufacturer and their products, not on the side of patients" but when later questioned said it was "in full accordance with the law".

It was also discovered that agencies compete for business based on price, speed and promised rates of successful certification. Prices for a coveted CE certificate cost between 2,750 and 50,000 and there are further costs charged for annual checks. With over 500,000 medical devices on the market, competition is therefore rife.

An employee of a Turkish notified body said it is a "money making business" with notified bodies dropping their standards to attract further work.Hip implants are classed as one of the most high risk devices and should therefore be subject to the most rigorous pre-market appraisal. However, this investigation found that some of the notified bodies are prepared to omit crucial tests and only a small number said they would insist on a clinical study. Many could not even give specifics about what form a clinical study should take.

The investigation also found evidence of companies who are prepared to exploit loopholes in the European legislation banning direct consultation.EVPU, a notified body based in Slovakia said it would be prepared to "cross the line" and give advice when assessing the fake submission.

Undercover reporters also went to South Korea, where three legally separate companies come together under one umbrella organisation to offer manufacturers a "one stop service" that they say can help companies to "increase profit."

The European system of regulating medical implants has been heavily criticised after a series of high profile device failures and recalls and both the UK government and the European Commission is currently looking into whether the system is fit for purpose.Deborah Cohen, Investigations Editor at the BMJ, believes the weakest link in the regulatory system is a "complete delegation of responsibility". Unlike the US, Europe relies on over 70 notified bodies across the word to decide whether a medical device is fit for purpose.

Another problem raised is the varying standards across the board - something acknowledged by one member of staff at a notified body who said: "The certification approach from one notified body to another differs". The investigation also suggests that few devices fail to obtain approval with one notified body in Hungary stating that clients rarely "if ever", fail.

In his linked editorial, Peter McCulloch clinical reader at the University of Oxford, says that "patient safety and not trade should take centre stage of the system to regulate medical devices" and that although costly, a new system that "improved scientific evidence of safety, require evidence of efficacy, and rewarded responsible innovation with protection against piracy would be well worth considering".

Heartburn is a symptom that occurs due to irritation of the food pipe either due to acid reflux or direct contact with spicy and irritant foods.
Advertisement
<< Global Outrage Forces CNN to Withdraw Story About Menstrual...
PETA Claims Water Used to Produce One Pound of Meat Equals ... >>