Reporting in the journal PLOS ONE, the researchers say the finding offers hope to chordoma patients, who have no treatment options once surgery and radiation have been exhausted. There are no U.S. Food and Drug Administration-approved medications for the disease and, because its incidence is only one in 1 million, there is little financial incentive for pharmaceutical companies to develop or test drugs to treat them.

"The encouraging news is that this drug is already used in humans to treat lung cancer," says study leader Gary L. Gallia, M.D., Ph.D., an assistant professor of neurosurgery and oncology at the Johns Hopkins University School of Medicine.


Chordoma occurs at the base of the skull and in the bones of the spine. This cancer is thought to arise from remnants of the cartilage-like structure that serves as a scaffold for the formation of the spinal column. These so-called notochord cells normally persist after birth and are lodged inside the spine and skull. In rare cases, they become malignant tumors. The tumors are generally slow-growing but tend to recur, and their proximity to critical structures such as the spinal cord, cranial nerves and brain stem make them difficult to treat. Median survival time is seven years after diagnosis.

Since chordoma is so rare, few models have existed to even study it outside cells in a petri dish, says Gallia, who together with colleagues last year developed a mouse model of the disorder. The model was created by implanting human tumor tissue into a mouse.

The researchers began their drug studies by first examining the makeup of the tumor cells in their mouse model to determine what might be causing the cells to grow and divide uncontrolled. They saw that the epidermal growth factor receptor (EGFR) pathway was active and suspected that it played a critical role in the malignancy. Gallia and his colleagues tested two FDA-approved drugs known to inhibit EGFR and found that erlotinib was able to better slow the growth of chordoma than gefitinib.

They then tested erlotinib in mice transplanted with human chordoma tumors. After 37 days of treatment, the average tumor volume in the control group was more than three times larger than in those animals that were treated with erlotinib. Further research indicated that EGFR activation was significantly reduced.

"We hit our target," Gallia says. "It drastically reduced the growth of the tumors."

Gallia says he hopes his findings will lead to testing in chordoma patients. Although a controlled clinical trial would be ideal, he says it may be difficult to get funding to test treatments for such a rare disease.

Alternatively, he says he hopes erlotinib might be used in selected patients whose tumors are shown to have active EGFRs and who have run out of other treatment options.
Source: Eurekalert

Novel Agent Stops the Spread of Deadly Childhood Bone Cancer
Researchers have discovered an agent that prevent osteosarcoma - bone cancer in children from spreading to the lungs.
READ MORE 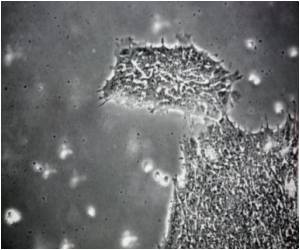 Pathway That Drives Spread of Pediatric Bone Cancer in Preclinical Studies Found
It has been known for sometime that proteins mediate pathways that drive the spread of cancer.
READ MORE 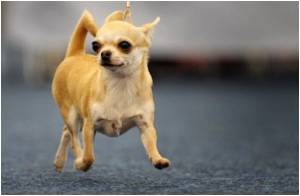 Variety of Genetic Risk Affects Bone Cancer in Dogs
Researchers from Uppsala University, Sweden and the Broad Institute says that bone cancer in dogs is affected by a variety of genetic risk factors. The study got published in Genome Biology .
READ MORE