Jet Li Being Treated for Thyroid 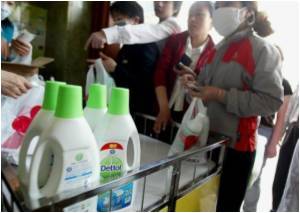 The 50-year-old actor, Jet Li is being treated for an overactive thyroid and is determined to fight the condition head-on.

He is known for his kung fu skills, appeared to have a fuller face and heavier frame, the Washington Post reported.

He said during the taping of a talent show that he's judging in China that his weight has fluctuated but he's taking it all in stride. Li explained that exercise is not advised with the medication that he is taking.


Li was diagnosed in 2010 and he kept his condition under control with medication, but it came back with a vengeance recently.

Thyroid Cancer Cases Shoot Up in Fukushima
Fukushima prefectural government has reported increase in thyroid cancer cases in the region. ...

Report Says Hypothyroidism Highly Prevalent in India
In India, hypothyroidism, a common form of thyroid disorder is highly prevalent with one out of ten ...

Less Than Half of Newly-Diagnosed Patients With High Cholesterol Undergo Thyroid Screening
Researchers have found that less than half of patients newly diagnosed with high-cholesterol go ......

Thyroid Levels may be Linked to Survival Rate in Hospitalized Patients
Low levels of thyroid may increase the risk of death in hospitalized patients, says study published ...