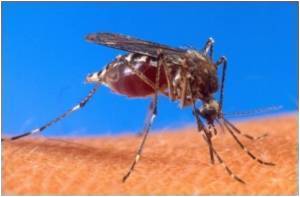 A recent study has shed light on the fact that malaria causing parasite is poor or inefficient at spreading the disease if it is jet lagged.

Researchers at the University of Edinburgh 'jet lagged' the parasites by inserting them into mice whose body clocks were different to their own 24-hour cycle.

They found malaria was only half as effective at causing infection and spreading disease in mice, which had a different routine to the parasite.


The study is likely to improve the understanding of when malaria parasites are at their most harmful and when they are vulnerable and may be useful aid in developing treatments to tackle the disease.

Mosquito-borne diseases, like malaria, filaria, dengue, etc are common in places conducive of mosquito breeding. Swamps, ponds and stagnated drainage provide optimal breeding ground for mosquitoes.
Advertisement
"Our findings suggest that parasites have developed some clever tricks to get their timing right and cause an infection," the BBC quoted lead author Sarah Reece, of Edinburgh University's school of biological sciences, as saying.

"This is rare evidence that organisms whose body clock is in sync with their environment have a better chance of survival.

"The more we know about how malaria parasites work, the better equipped we will be to tackle them effectively," said Reece.

The study was published in the journal Proceedings of the Royal Society B.

Scientists have suggested that the way plants adjust to having less sunlight in winter could help shed light on the impact of shift work and jet lag on people.
Advertisement
<< Relationship Between Mitochondria and Longevity Studied
Combination Treatment for Severe Pancreatitis >>

Malaria Parasite's Progression in the Body