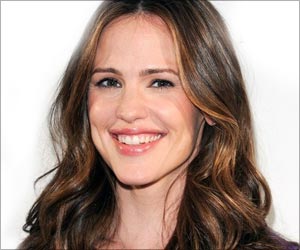 After years of grueling workouts and strict dieting for her roles in Alias and Elektra, Jennifer Garner has revealed that she has put her intense dieting days behind her.

The 42-year-old actress, who is married to Ben Affleck, said in an interview that there's always a point in the fitting where she feels like she should have just tried to lose four pounds before wearing any dress, but she just can't, Us Magazine reported.

The 'Danny Collins' star added that she dieted for so long in the middle of doing 'Alias' and being a superhero, that there's something in her that can't do anything that extreme.


The 'Men, Women and Children' star, who eats a lot of salads, continued that she still eats pretty healthfully, adding that with food, she is probably good 80 percent of the time.

Source: ANI
Advertisement
<< Nearly 2,000 Girls Killed Every Day in India
People Tend to Alienate With Friends When Close to Achievin... >>

Dieting Tips for Lazy Bones
There are things even the most sluggish of dieters can do to stay motivated, according to an ......

Why We Put on Weight Even After Dieting?
The way the stomach detects and tells our brains how full we are becomes damaged in obese people ......