Jealousy can be useful in maintaining friendships, according to a new study.

Feeling green might not be a bad thing when it comes to friendships, especially during a pandemic.


The work was published online in the Journal of Personality and Social Psychology.

"Friends aren't just fun. They are an important resource, especially in our current situation with ongoing COVID-19 outbreaks. Friends give support during conflict, buffer against loneliness, and can even provide life sustaining resources when we need them," said Jaimie Arona Krems, who earned her doctorate at Arizona State University and is now an assistant professor of psychology at Oklahoma State University.

"We wanted to understand how we keep friendships, and we found feelings of jealousy can act like a tool for maintaining friendships."

Not all threats to friendships evoked jealousy. If a best friend moved away, people felt sadness and anger more than jealousy. But when friendships were threatened by another person - such as a new romantic partner or new friend at work - jealousy was the dominant feeling.

The intensity of jealous feelings varied by how likely the third-party threat was to replace someone in the friendship. A best friend gaining a romantic partner elicited less jealous feelings than them gaining a potential new friend.

"The third party threats to a friendship were not just related to a best friend spending time away from us: It mattered whether the person they were spending time with could replace us as a friend. We found people felt less jealous about their best friend spending the same amount of time with a new romantic partner than a new acquaintance, which means what makes us most jealous of is the possibility that we might be replaced," said Douglas Kenrick, who is a President's Professor of psychology at ASU and author on the paper.

Feelings of jealousy over being replaced were associated with behaviors that could overcome the third-party threats, like trying to monopolize a best friend's time and manipulate their emotions.

"Together, these behaviors are called 'friend guarding', and they occur across cultures and also in non-human animals. Female wild horses are known to bite and kick other female horses," said Keelah Williams, assistant professor of psychology at Hamilton College who earned her doctorate and law degree at ASU.

Not all friend guarding behaviors focus on trying to control a best friend; jealousy also led people to commit to being a better friend.

"Getting jealous can sometimes be a signal that a friendship is threatened, and this signal can help us jump into action to invest in a friendship that we might have been neglecting," said Athena Aktipis, assistant professor of psychology at ASU and author on the paper.

The study was partially funded by a Philanthropic Education Organization International Scholar Award that supported Krems. 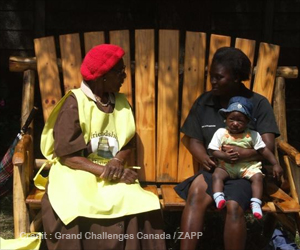 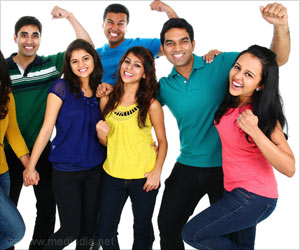 How Friends Play a Vital Role in Boosting Your Health
What is the connection between health and friendship? Cherish your friends as friendships can impact your health and well-being in a positive way!
READ MORE

Strong Friendships in Office Has Its Own Benefits
Separation of work and life is important, but so is happiness. It's time for you to make friends in your office as strong friendships can reduce conflicts.
READ MORE

Link Between Positive Relationships and Self Esteem Identified
Having high self-esteem was found to influence the quality of your friendships, stated new research.
READ MORE