Jazzed-Up Wild Geese, To Bring You Closer to Nature 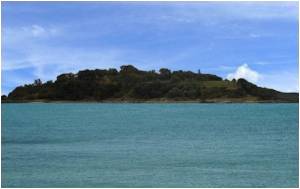 Two composers are trying to bring the mesmerising sounds of nature closer to city dwellers by recording the sounds of wild geese in a remote corner of Scotland. They plan to take the music to a wider audience through the medium of jazz.

The music, inspired by the sound of tens of thousands of wild geese preparing to migrate from Islay to their arctic breeding grounds, will be premiered at the Edinburgh Jazz and Blues Festival in August.

Contact With Mother Nature Makes You A Better Person

A new study says that paying attention to Mother Nature not only feels good, it also makes you a better person.
Advertisement

Jazz composers and musicians Stu Brown, 34, from Glasgow and New York-based John Hollenbeck travelled to Islay in the Southern Hebrides to listen to the geese and other birds before they decided on creating a jazz suite.


"Just walking around the island didn't prepare us for the tremendously evocative noise of the geese we heard when we were sitting in the RSPB reserve at Loch Gruinart in the north of Islay," The Scotsman quoted Brown, as describing their week on the island in March this year.

Hunting Not A Grey-Haired Hobby, Not Against Nature Either

Thirty-year-old Simon Mueller stands with a shotgun slung over his shoulder and a brace of dead partridges at his feet.
Advertisement
He went on: "When we were in the hide and the sky was becoming darker there was a background babble of geese, but then suddenly more and more began descending.

"One goose on its own doesn't make a song but the combined sound of thousands of them makes this polyrythmic sound of several different things happening at the one time with related tempos starting simultaneously. This would then quieten down into a background sound and we started to hear the sounds of other birds such as lapwings. The lapwings had an almost electronic sound - a mixture of a radio set being tuned in and an 80s video game being played."

Brown added: "People told us you become so used to the constant sound of the geese then you wake up one morning and realise there is a silence across the island.

"They said the silence is almost more overwhelming than the sound."

Some of the other birds which may feature in the jazz suite are rooks, choughs, oyster catchers and the island's only egret.

The musicians have also used the sounds from the Bruichladdich whisky distillery for their composition.

"We hope this project will have a lasting influence on audiences," Fiona Alexander, the festival's producer, said.

Ten times more children around the world rank watching television and playing video games as more important to them than saving the environment, according to a survey released Wednesday.
Advertisement
<< Wall Street's Gossip Mongers Can Be Fired
Meet the World's Tallest Couple! >>

Your Prescription: The Great Outdoors

Hearing Loss Calculator Find a Hospital Color Blindness Calculator The Essence of Yoga Turmeric Powder - Health Benefits, Uses & Side Effects Drug Interaction Checker Sanatogen Accident and Trauma Care Indian Medical Journals Blood Pressure Calculator
This site uses cookies to deliver our services.By using our site, you acknowledge that you have read and understand our Cookie Policy, Privacy Policy, and our Terms of Use  Ok, Got it. Close
×