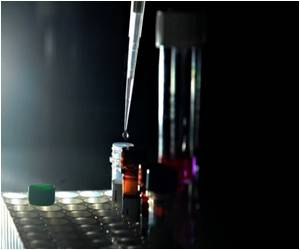 In Japan, scientists have developed a sticky sheet of tiny sensors that can be put directly on moving joints, beating hearts or other living tissues.

The invention opens up the possibility of implanting almost unnoticeable sensors inside the body, letting doctors keep a close eye on a dodgy heart, for example.

Here come diaper sensors that would let you know when your baby needs to change diapers.
Advertisement

"Just by applying to the body like a compress, our novel sheet sensor detects biometric information extremely accurately," researchers at the University of Tokyo said in a statement Friday.


The secret is an adhesive gel that prevents a fine grid of sensors from slipping, even if the thing they are in contact with is moving, said the team led by professor Takao Someya at the Department of Electrical Engineering and Information Systems.

A new way to wirelessly detect hazardous gases and environmental pollutants, with the use of a simple sensor that can be read by a smartphone has been devised by MIT chemists.
Advertisement
Conventional devices often use silicon and other relatively rigid materials, which can be uncomfortable for wearers.

Sensors are printed at 4 millimetre (a sixth of an inch) intervals on very thin plastic. This allows the manufacturer to get as many as 144 individual sensors on a sheet just a little bigger than an after dinner mint.

Their proximity to the organ or joint they are measuring means they are able to take highly accurate readings.

The sticky sheets could be used in healthcare or sports science, the team said.

"Although we are currently at the animal experimentation stage, this compress-like sensor has been successfully attached even to internal tissues, such as a rat's heart," the team said.

"In the future, this technology will be applied to internally implanted electrical systems and the scope of application for electrical devices will increase."

The study, done with backing by the governmental Japan Science and Technology Agency, was published in Nature Communications in its December 19 edition.

Effort to Save Pompeii Includes Sensors and Satellites

Following a series of recent collapses at the sprawling and long-neglected site near Naples, ground sensors and satellites will be deployed.
Advertisement
Advertisement
This site uses cookies to deliver our services.By using our site, you acknowledge that you have read and understand our Cookie Policy, Privacy Policy, and our Terms of Use  Ok, Got it. Close
×