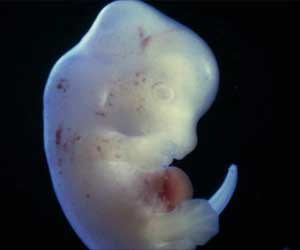 Japan has become the first country which permits the studies, where eventually, human organs can be grown in animals for transplant.

Japanese Scientist, Hiromitsu Nakauchi is set to become the first researcher to develop live animals that contain human organs. He plans to insert human stem cells into rats and then transfer the cells to other animals. The study involves implanting the modified animal embryos with human "induced pluripotent stem" (iPS) cells that can be induced to forming building blocks of any part of the body.

Advertisement
‘A newly approved study in Japan, is the first step in a long winding road to a future where human organs could be grown in animals for transplant.’
Read More..

Japan and its Regulations:


Japan relaxed its rules that required its researchers to terminate human-animal embryos after 14 days or from bringing them to term. Japan also prevented such embryos from being placed into animal wombs to develop. In other countries, human cells have been grown in animal cells. But they were not brought to term. In March, in Japan, such restrictions were dropped, allowing researchers to seek individual permission for their projects.
Advertisement
Nakauchi, the researcher, said that it had taken ten years to start the experiment finally. The research involves creating animal embryos, mice, rats, or pigs that lack a particular organ such as the pancreas. These embryos were embedded with human iPS cells so that a new pancreas is grown. Following this, the new embryos would be transplanted into wombs to be carried to term with a functional pancreas.

A Rough Patch Ahead:

There were obstacles in the field, although fundamental research has indicated some encouraging signs. This included the growth of mice pancreas in rats. The pancreases worked properly when transplanted into diabetic mice. Other tests have become more complicated with the growth of mice kidneys in rats. The rat stem cells, while implanting in mice failed to take. Although the mice kidneys grew well in rats, the rats died because of the way they were altered before taking in the mice stem cells.

Scientist Nakauchi said that having shown the proofs-of-concept using rodent models overcoming the genetic distance between humans and pigs is a problem. He also said that with the study in its initial stages, developing a human organ within a year or two is far fetched.

A chimera is created when we implant animal embryos with human cells, an entity with both human and animal cells. There are ethical issues in that it might become impossible to control which organs are developed using iPS cells in animals.

A Chimera, not a Hybrid:

There was fear that it would raise queries about the nature of the animal tested, to produce chimeras with human brain or reproductive cells. But terming the process as "human-animal hybrids" was not correct.

Dr. M William Lensch, a strategic advisor at Harvard Medical School, said that in a human-animal hybrid, half the DNA in each cell would be human and the other half, animal. On the contrary, the human-animal chimera contains a mixture of human cells and animal cells.

The Future of the Research

The scientist Nakauchi and his team plan to study the organ growth around two weeks in mice and rats, instead of trying full term. He said that there would be two checkpoints during the embryonic development of chimeras. The presence of human cells in the brain of the embryos is checked before proceeding further.

Nakauchi said he would tread softly in his research, given the ethics involved.

Breakthrough: Scientists Grow Hybrid Embryos Containing Both Human and Sheep Cells
In a breakthrough, scientists from the US and Japan grow sheep embryos containing human cells....

Modified Pig Organs To Correct Birth Defect in Babies
Specially treated cells from pigs are soon to be transplanted to treat oesophagus astresia, a rare ....

Lab-made Organs Could Help Solve Global Organ Donor Shortage
A new technique by which a patient may be able to grow their own organs in a lab to replace ......