Japanese Football Superhero Returns to Save His Birthplace 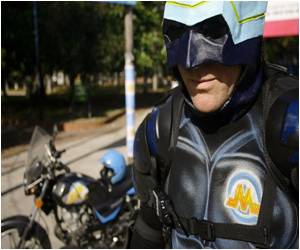 Captain Tsubasa, Japanese comic strip football superhero, who has inspired stars such as Lionel Messi and Fernando Torres, has returned from a storybook stint in Spain to save his "birthplace".

His bronze statue was unveiled on Saturday in a newly built park in the eastern Tokyo town of Yotsugi, the hometown of Captain Tsubasa creator Yoichi Takahashi, as a tourist attraction to help boost the community's flagging fortunes.

"Yotsugi is where I was born and brought up but it appears to have run down since when I was a child," Takahashi, 52, told the unveiling ceremony attended by about 700 dignitaries, townspeople and fans including children.


"I wish every kind of people will come from across the nation and from around the world to see, touch and photograph this statue."

The statue shows Tsubasa Ozora as an elementary school boy in the early phase of the comic series -- standing 145 centimetres (4 feet 9 inches) tall, smiling broadly and putting on a captain's armband.
Advertisement
The Captain Tsubasa strip, also featuring goalkeeper Genzo Wakabayashi, was launched in a Japanese boys' weekly magazine in 1981 when football was still a minority sport in baseball-hooked Japan.

Over the years, the star player, Captain Tsubasa, has become a professional player in Brazil and moved to Barcelona.

His fortunes rose alongside those of the game in Japan, where the J-League was launched in 1993. The national side reached the last 16 of the 2010 World Cup.

The series has featured around the world in cartoon books, animated films and video games, read and watched avidly also by the likes of Messi of Barcelona and Argentina and Torres of Chelsea and Spain on their way to superstar status.

"There are many people who fell in love with football after reading this manga among the world's top players and Japan's national team players," Japanese MP Katsuei Hirasawa told the ceremony.

Takahashi said more than 100 countries are believed to have tuned in to the series. And the stories have sold more than 70 million copies in book form at home. Foreign sales are estimated at 10 million-plus copies.

The series has been suspended since last year and the creator, who became hooked on football after watching the 1978 World Cup on television, said he had no immediate plans to produce new material, but had a lot of ideas.

"As a matter of course, Tsubasa's dream is to see Japan win the World Cup. I definitely hope I get to draw this scene one day," he said.