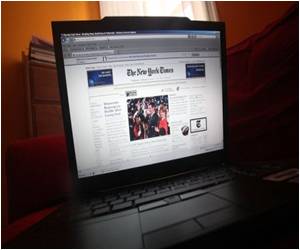 A Japanese edition of the US news website and aggregator, The Huffington Post was launched at the company's first site in Asia, hoping to shake up the media landscape and generate discussion with readers.

Founder Arianna Huffington said the site would offer a forum for "civil" debate on social, political and economic issues at what she said was a time of societal change.

"This is truly a pivotal moment in the history of Japan," Huffington told a press conference in Tokyo, highlighting economic changes under Prime Minister Shinzo Abe, whose big-spending and easy-money policies have brought optimism to Japanese markets and cheered investors in recent months.


Abe has also decided to join a major free trade pact despite loud opposition from powerful farm lobbies and has pushed to amend Japan's constitution -- both subjects of lively conversation.
Advertisement
"We are particularly happy to be launching The Huffington Post at a such a transformational moment for Japan," Huffington said.

The launch -- a tie-up with the mass circulation Asahi Shimbun came after parliament lifted a ban on Internet electioneering, permitting candidates and their supporters to tweet, use Facebook and write blogs on the campaign trail.

The first national elections under the new rules are expected in the summer, when half of the upper house seats will be contested.

Editors and corporate officers behind the site said they aspired to direct online conversations towards constructivity.

"It might be difficult. But it doesn't mean it cannot be done," said Shigeki Matsuura, 39, the editor-in-chief of The Huffington Post's Japanese edition.

"I want people of my generation to participate in conversations."

Although they are slowly losing readers, Japan's newspapers have suffered less attrition than their counterparts in other developed countries, with four out the world's top six newspapers by circulation being Japanese, thanks in large part to an efficient home delivery system.

However, despite a well-developed Internet system throughout urban Japan, newspapers and other publications have been slow to make the shift to digital, and their websites remain relatively under-developed.

Commentators note they have traditionally done little to promote two-way communication with readers and have been slow to react to the changing demands of younger, more wired generations.

The site was operational Tuesday at http://www.huffingtonpost.jp/ with its own launch the top story.

Source: AFP
Advertisement
<< Meet the Man Who Cheated Death Eight Times in Less Than a Y...
Ayurveda In Kerala To Be Popularized During Monsoon >>

After 50 Years Private Daily Newspapers Return in Burma
Private daily newspapers are being sold in the country for the first time in almost 50 years. This ....