Japanese scientists on Tuesday unveiled a new device that could save drawn-out trauma for relatives of those killed in disasters, by vastly speeding up the identification of victims from their dental records.

The computerized device scans images of victims' teeth and aligns them with pictures from unidentified people's dental records, looking for a fit, according to Eiko Kosuge, a dentist and radiologist at Kanagawa Dental College in Japan who led the study.

When many people are killed in a disaster such as an earthquake, plane crash or attack, experts currently identify their bodies one by one by comparing teeth with radiograph images or casts supplied by the victims's dentists.


But the process can take weeks and is not fully reliable, Kosuge said in a report introducing the new device.

The new system can automatically compare an image of a victim's teeth with numerous dental records and offer a match in less than four seconds, reducing the workload of forensic experts by 95 percent, his team of researchers said in the report.

It uses a high-precision image-matching technique named Phase-Only Correlation, which aligns images and measures their similarities.

Kosuge presented the new system Tuesday in Chicago at the annual meeting of the Radiological Society of North America. 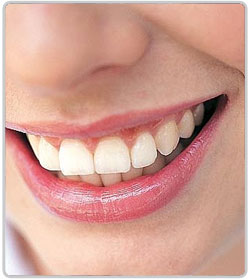 Pakistani Quake Victims to Be Fitted With Jaipur Foot
The famous Jaipur Foot will soon help many Pakistani amputees lead a normal life. A team of 16 skilled Indian technicians, mostly handicapped, will visit Pakistan this month to provide
READ MORE